Israel and Iran Are Waging a Secret War in Syria. Here’s How It Finally Went Public

The video shows a skier in a blue jacket slaloming down a slope before the camera pans upward, an ominous score playing in the background. “This is what families skiing on Mount Hermon in northern Israel saw when they looked up,” reads the on-screen caption on a 37-second clip the Israeli Defense Force (IDF) posted to Twitter Monday, as two vapor trails cut across a dusky sky. “An Iranian rocket fired towards them from Syrian soil.”

Captured on a snowboarder’s camera on Jan. 20, the video of Israel’s Iron Dome missile defense system apparently intercepting a surface-to-surface rocket fired into the Israeli-occupied Golan Heights, an elevated plateau in southwestern Syria, was posted shortly after Israel carried out a series of retaliatory air strikes against Iranian targets in the country. Those targets included what Prime Minister Benjamin Netanyahu called “Iranian warehouses containing Iranian weapons” at Damascus International Airport, and a line of Syrian military air defense batteries, including some Russian-made installations.

The Israeli air strikes killed 21 people, according to a monitor, among them 12 members of Iran’s Revolutionary Guard Corps, six Syrian fighters, and three non-Syrian nationals. In response, a high ranking Iranian military official issued fresh threats to annihilate Israel and Syria warned it could hit Tel Aviv’s airport. Meanwhile, Russian called for Israel to halt “arbitrary strikes on the territory of a sovereign state.” By Thursday, Israel had deployed the Iron Dome system in Tel Aviv to provide the metropolitan area with greater air cover amid the tension with Syria, as well as fresh flare ups in the Gaza Strip to the south.

Neither tit-for-tat battles nor incendiary threats between Israel and Iran are new. But this week’s violence has underscored fears that both countries’ attempts to set red lines in Syria risk escalating a shadow conflict into open war.

Why are missiles flying over a ski resort?

Israeli Iron Dome aerial defense systems deployed near the Mount Hermon resort, located at the intersection of the Israeli-Lebanese-Syrian border in the north of the Golan Heights on Jan. 21, 2019. According to media reports, the Israeli Defense Forces (IDF) stated that it had targeted Iranian Revolutionary Guards targets active in Syrian territory in response to alleged rocket that was fired from Syria toward Mount Hermon Resort on Jan. 20.
Atef Safadi—EP/EFE/REX/Shutterstock

The IDF’s video describes Mount Hermon as being in northern Israel, but the international community does not recognize Israeli sovereignty over the Golan Heights. Israel conquered most of the plateau during the Arab–Israeli War of 1967 and unilaterally annexed it in 1981.

Although Syria and Israel’s territorial dispute over the Golan Heights was not resolved and the two states have technically been at war since Israel’s founding, Israel’s northwestern border was for decades its least volatile front. That changed when the Syrian war broke out in 2011, and Iran began pouring in money, resources and soldiers into the country in support of the regime of Bashar al-Assad.

The Islamic Republic’s intervention was, in part, a response to the initial routing of the regime’s forces by Sunni rebels, who were financed by Saudi Arabia and other Gulf countries. Tehran’s primary strategic objective now is to increase its ability to deter any potential Israeli attack on Iran by raising the stakes of such a strike for Israel, says Payam Mohseni, Iran Project Director at Harvard’s Kennedy School of Government. The presence of Iran-allied militias on the ground on Israel’s northwest border “may be a game changer” in terms of this deterrent, he says. They also increase Iran’s ability to support and supply Lebanon-based Shi’a Islamist political party and militant group Hezbollah, to Israel’s direct north. “Israel is attacking to severely limit such a scenario.”

“Iran is busy turning Syria into a base of military entrenchment,” Netanyahu said in 2017, as Iranian and Russian intervention in support of Assad helped the regime towards strategic victory. “It wants to use Syria and Lebanon as war fronts against its declared goal to eradicate Israel,” Netanyahu added, “This is something Israel cannot accept.”

How entrenched is Iran in Syria?

Iran denies any formal military presence or bases in Syria, outside of the advisory capacity it openly acknowledges, and there are no definitive numbers on the troops it has on the ground. But at least 2,000 Iranians have died in Syria since the war began, says Ariane Tabatabai, an associate political scientist at the California-based RAND Corporation. Syria represents “one of the most significant commitments Iran has made beyond its borders in recent decades,” Tabatabai says.

More sizable than the number of Iranian fighters, however, is the contingent of foreign fighters Iran is training and equipping in Syria. In addition to Hezbollah and Syrian forces loyal to Assad, Tehran is backing Shi’a militias comprised of Afghan and Pakistani fighters. Tabatabai says estimates for the number of Afghans killed in Syria runs into the tens of thousands.

On Thursday, the the U.S. Treasury Department announced sanctions against the Iran-backed Fatemiyoun Division, composed of Afghan nationals, and the Zaynabiyoun Brigade, consisting of Pakistani nationals. “The brutal Iranian regime exploits refugee communities in Iran, deprives them of access to basic services such as education, and uses them as human shields for the Syrian conflict,” U.S. Treasury Secretary Steven Mnuchin said in a statement.

Iran’s presence is not limited to boots on the ground. It has invested everything from telecommunications, to resources extraction, to the education sector.

Can the U.S. or Russia help defuse the situation?

Experts say Israel and Iran are attempting to set red lines over each other’s activities in Syria and neither wants war. “For now the risks of this seriously escalating are limited,” says Harvard’s Mohseni. But others deem the risk of accidental escalation significant. Should a rocket coming from Syria hit civilians in the Golan Heights, for example, or if a misdirected Israeli strike hits critical Syrian or Russian infrastructure, the responses could be difficult to contain.

Although Russia on Wednesday said Israel’s “arbitrary” Israeli air strikes should stop, it has tolerated a certain amount of Israeli action against Iranian and pro-Iranian targets in Syria, provided they do not impact its own or Syrian assets, says Joost Hiltermann, director of the International Crisis Group’s Middle East and North Africa program. Moscow is “generally trying to help the two set their red lines without getting too deeply involved itself,” he says. “In a way it’s rather neutral. It doesn’t want Iran to prevail. It doesn’t want Israel to prevail either.”

But there are doubts over the extent to which Russia will be able to control Iran’s influence over the Syrian regime. Writing for TIME earlier this month, Lina Khatib, head of the Middle East and North Africa Program at Chatham House, argued that a sudden U.S. troop pullout would strengthen Tehran’s hand. The presence of U.S. forces in northeastern Syria has so far limited free movement between Iran-backed militias and the allied Iraqi Popular Mobilization Forces across the border. The presence of American troops also blocks Iranian access to oil fields, the revenue from which could offset the economic impact of recently reinstated American sanctions. American withdrawal, Khatib writes, “would give Iran time and space to consolidate its presence and access to resources and eventually make it more difficult for Russia and Assad to detangle Syria from Iran.”

How has the Israeli military tried to tried to limit Iran’s influence?

Until recently, Israel had maintained a policy of ambiguity over its activities in Syria—meaning that it did not openly admit responsibility for strikes on Iranian installations or troop convoys. Nor did it openly acknowledge its funding of rebel groups in southern Syria to block Iran-backed fighters. But in September an Israeli intelligence official said Israel had conducted more than 200 attacks against Iranian targets in Syria in the past two years. Earlier this month, a former IDF military chief-of staff told the New York Times the IDF had struck “thousands” of targets in Syria since 2011.

The new openness followed the launch in May of around 20 rockets into Golan Heights, which Israel blamed on Iran. “They must remember that if it rains here [in Israel], it will pour there,” said Israeli Defense Minister Avigdor Lieberman following a series of retaliatory air strikes he claimed struck almost all Iran’s infrastructure in Syria. “I hope that we have finished this chapter and that everyone got the message.”

But looking back at the past week, that doesn’t seem to be the case. 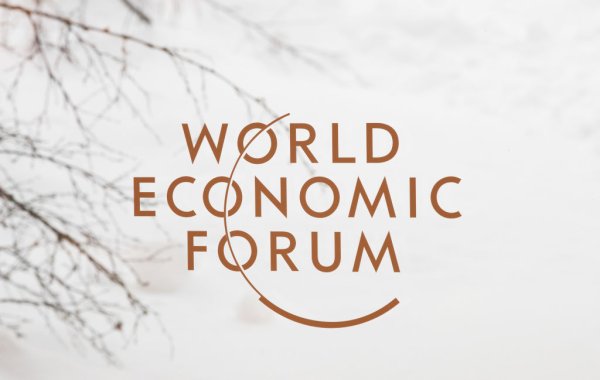