Canada Deported a Chinese Dissident With a Criminal Past. Critics Worry He'll Face Jail Upon Return

Canada has deported a Chinese dissident who has a history of violent crime on the grounds that he could pose a danger to the public, the New York Times reports, downplaying concerns he could face persecution back home.

Since fleeing China and obtaining residency in Canada, where he was resettled by the U.N., Yang Wei, 49, has been arrested multiple times for offenses including possession of a knife and aggravated assault. In one case, he assaulted a store worker, and in another stabbed a bus driver 13 times.

Authorities justified his deportation on the grounds that he posed a danger to the public. Yang is expected to arrive in Beijing Thursday.

Critics of the ruling say Yang, who has mental health problems, will likely face incarceration in China. The former political activist founded a branch of the China Democracy Party in his native province of Sichuan. He earlier served three years in a labor camp after putting up pro-democracy posters in support of the 1989 Tiananmen protests.

“They’ll be waiting for him,” said Sheng Xue, a Toronto-based writer who is friends with Yang.

According to Sharom Hom, executive director of the organization Human Rights in China, Canada is obliged under the international principle of non-refoulement not to deport refugees if they could face abuse back home.

According to the Times, the ruling to deport Yang was based primarily on a document that evaluated whether he would receive adequate mental health care in China. The assessment, which was viewed by the Times, reportedly said there was no proof that he would be incarcerated upon his return.

News of Yang’s deportation comes at a time of heightened tensions between the two countries. Last December, an executive of Chinese tech giant Huawei was arrested in Vancouver over alleged Iran sanctions violation. Several Canadians were subsequently detained in China in what was seen as a tit-for-tat retaliation. 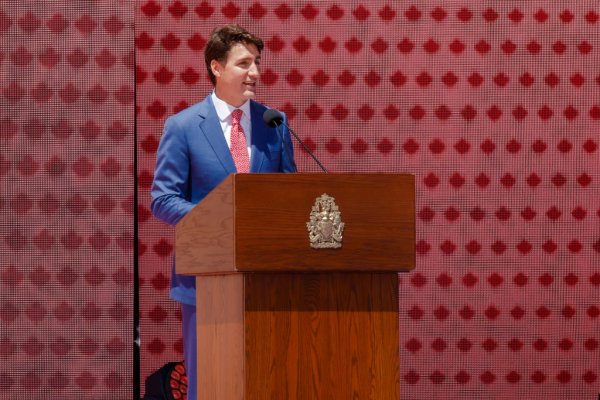