Jessi Combs, a professional driver and TV host known for her roles on Mythbusters, Break Room and Overhaulin’, was killed when her jet car crashed as she attempted to break a land speed record in the Oregon desert Tuesday.

Combs, 39, was called “the fastest woman on four wheels.” She had been trying to break the women’s land speed record of 512 mph that was set in 1976 by Kitty O’Neal, who drove a three-wheel vehicle, according to the Associated Press.

Combs holds the record for fastest woman driving a four-wheel vehicle––398 mph, set in 2013. She said she has gone even faster in drives after that, but those numbers didn’t make it into the record books, the AP said.

According to the Harney County Sheriff’s Office, the crash happened about 4 p.m. on Tuesday in the Alvord Desert in southeastern Oregon––about 90 miles south of Burns. Combs was the only fatality reported in the crash. The crash also sparked a jet fuel fire. The scene where the crash happened is very isolated, the sheriff’s office said.

The cause of the crash is still being investigated.

In a statement, the Discovery Channel said Combs was “undeniable force of nature who left an indelible mark on the car world.”

Terry Madden, who is a teammate of Combs on the North American Eagle racing team, posted a tribute on Instagram, calling her an “amazing spirit.”

“I have never loved or been loved by anyone as much as this amazing woman she was truly my unicorn and I enjoyed every single minute that I had with her,” the Instagram post said. 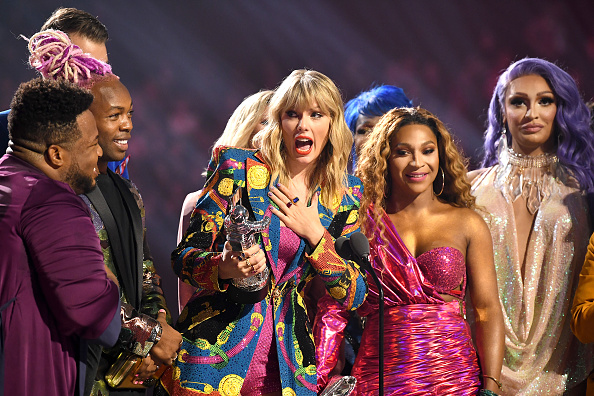 Taylor Swift Used Her 2019 VMAs Speech to Advocate for the Equality Act. Here's What the Bill Would Do
Next Up: Editor's Pick