This 1,000 m.p.h. Jet-Powered Car Is Hoping to Break the Land Speed Record

A new rocket-powered car that aims to capture the land speed record by traveling at 1,000 m.p.h. made its debut appearance in London on Thursday.

With looks like a something between a space ship and a Batmobile, the 135,000-horsepower Bloodhound Supersonic Car has taken eight years of research and development and is slated for its first test drive next October on a specially designed track in the Northern Cape of South Africa.

Royal Air Force pilot Andy Green, who blazed through the Nevada desert to capture the current land speed record of 763 m.p.h. in 1997, will climb aboard the Bloodhound to attempt to do one better.

The Bloodhound packs the same power as a 180 Formula One race car with multiple engines, including a Rolls-Royce EJ200, which is more commonly found inside fighter jets.

Climbing inside the cockpit of the $23 million-car is also more akin to slipping into a rocket ship, says the team. In addition to the 500 sensors, three braking systems and seven fire extinguishers, there is an oxygen mask included.

Backers of the project hope the car will inspire the next generation to seek out careers in engineering and science. 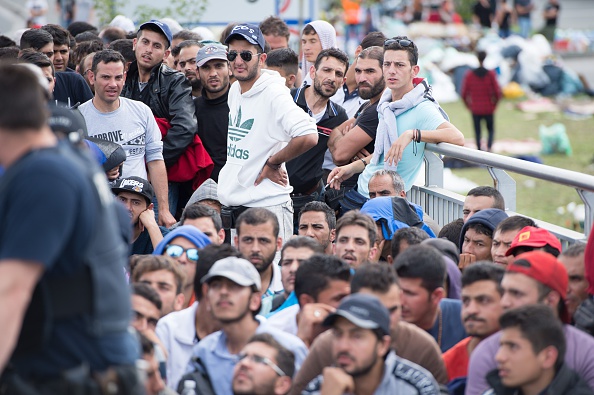 The Case for Giving Refugees a Global Passport
Next Up: Editor's Pick