Mythbusters Will Air Its Final Season

After 14 seasons, Discovery’s long-running series Mythbusters will stage its final experiment. The show’s next season will officially be its last, Entertainment Weekly reports.

This may feel like a huge surpise, but stars Adam Savage and Jamie Hyneman knew the end was coming. Thus, they’ve had time to prepare some top-notch final episodes.

“It was my greatest fear that Mythbusters would just stop and we wouldn’t be able to do proper final episodes,” Savage tells EW. “So whether it’s myths about human behavior or car stories or explosion stories, we tried to find the most awesome example of each category and build on our past history.”

Next up for Savage and Hyneman? They’re executive producing a scripted show at CBS but can’t reveal any details yet. Though they’ve had a great working partnership on Mythbusters, they’ve never been friends off-screen. According to Hyneman, they probably won’t continue an on-screen relationship.

Read EW‘s interviews with Savage and Hyneman for more.

Read next: The Mythbusters Shrieking Duck ‘Bomb’ Will Blow Up Your Eardrums 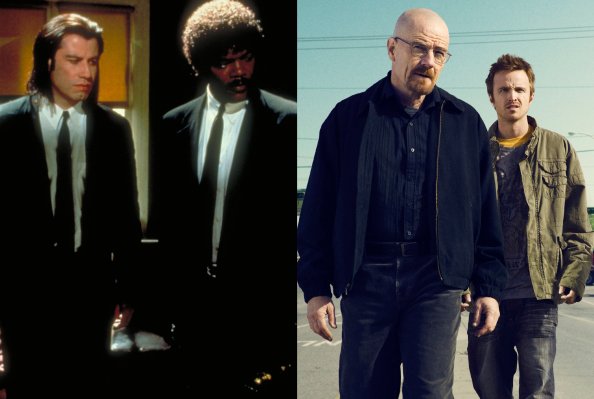 See All The Ways Breaking Bad Was Inspired By Pulp Fiction
Next Up: Editor's Pick