23 of Jeffrey Epstein's Accusers Finally Got Their Day in Court. Here's What They Said

Twenty three women came forward Tuesday to give statements accusing wealthy financier Jeffrey Epstein of sexual abuse. It was an unusual day in court––U.S. District Judge Richard Berman scheduled an opened-ended hearing to allow prosecutors, Epstein’s lawyers and any alleged victims a chance to speak before he dismissed the charges against Epstein, who died by suicide on Aug. 10.

While the hearing marked the end of the federal government’s prosecution of Epstein, for many of the alleged victims, it was just the beginning of a pursuit of justice that is likely to take years. Tuesday was the first time many of the women were able to air their accusations in criminal court––and they urged prosecutors to continue to investigate potential co-conspirators.

“The reckoning must not end. It must continue,” said Virginia Roberts Giuffre, who has filed lawsuits alleging she was trafficked to Epstein’s rich and powerful friends when she was under 18. “He did not act alone, and we the victims know that.”

Sarah Ransome, who said she was a victim of Epstein’s “international sex trafficking” ring, echoed that sentiment: “Please please finish what you have started.”

Epstein was being held on charges of sex trafficking and conspiracy when he died awaiting trial. Federal prosecutors in New York had filed new charges amid growing anger over a 2008 non-prosecution agreement in which Epstein pleaded guilty to lesser charges in Florida. That deal had also shielded any potential conspirators from prosecution.

The judge’s decision to hold an open hearing to address unfinished business in the Epstein case was criticized in at least one legal publication, but he said it was necessary.

But for much of the two-and-a-half-hour hearing, alleged victims came up one by one and gave their statements. Some women chose not to appear in person and wrote letters read by their attorneys. Nearly half did not identify themselves publicly, instead going by “Jane Doe.”

According to Epstein’s will, his net worth was over $577 million, and at least five civil suits have already been filed by alleged victims against him since he died. While some attorneys did mention Epstein’s estate in the hearing, many alleged victims said they hoped for criminal charges against others in Epstein’s orbit.

Attorney Brad Edwards told the court that 15 of the alleged victims he represents were present in the courtroom. He also said at least 20 more accusers who he represents did not come to the hearing, partially out of fear of the public attention. He said that others felt “the way this case ended will never bring full justice,” referring to Epstein’s death, and thus they decided not to attend. Attorney David Boies, who was accompanied by five alleged victims, also said he represented a “number” of other alleged victims who were unable or unwilling to attend. Famed attorney Gloria Allred attended representing at least five alleged victims. Allred said she is still hearing from accusers she hasn’t had a chance to meet yet, and asked the court for those victims to be able to submit a victim statement at a later date.

Teala Davies, one of deceased financier Jeffrey Epstein's alleged victims, listens to discrimination attorney Gloria Allred talk to the press outside the US Federal Court on August 27, 2019 in New York.
Yana Paskova—AFP/Getty Images

Fourteen women were there in person and spoke, 10 of them using their legal names. For some, it was the first time they went public with accusations. For others, it was the latest retelling of accusations they’ve made for decades.

The testimonies were full of anger, sadness and bitter disappointment at a legal system they felt had failed them. The accusations against Epstein ranged from sexual abuse, sexual assault, rape and sex trafficking. At least five women told the court they were teenagers at the time of their assaults, the youngest 14 years old.

Allred said after the hearing that Tuesday was the first time her clients “shared what happened to them in a public setting.”

Many of the women described being recruited when they were girls, and feeling powerless to stop Epstein because of his wealth and proximity to fame.

Chauntae Davies said Epstein gave her the family she was looking for: Sending her to school, giving her a job and flying her around the world. She said he earned her trust. She then graphically described Epstein raping her, and said that she was violently ill for two weeks afterwards. “Every public humiliation that I endured, I have suffered, and he has won,” she said, adding she couldn’t find her voice to talk about it at the time. “Well, I’ve found my voice now.”

Jane Doe 3 said that she came to New York 15 years ago to be a model and was introduced to Epstein because he could help her career. She said Epstein assaulted her in his New York City home; afterwards she became depressed, left her career and left New York five months later. Jane Doe 10, in a letter read by Allred, said after Epstein’s assaults––which began when she was 15––she purchased a gun and considered killing herself.

Actress Anouska De Georgiou—who alleged Epstein abused her for several years—said, “He could not even begin to fathom what he took from us.”

Jane Doe 12 said in a letter that when she was trying to run from Epstein, another girl told her, “Be careful, he knows a lot of powerful people including Bill Clinton.” In a statement in July, Clinton spokesperson Angel Ureña said, “President Clinton knows nothing about the terrible crimes Jeffrey Epstein pleaded guilty to in Florida some years ago, or those with which he has been recently charged in New York.” Clinton has acknowledged he flew on Epstein’s plane in the past.

Courtney Wild said when Epstein sexually abused her, he robbed her of her “innocence and mental health.” “I feel very angry and sad… justice has never been served in case,” she said, appearing to hold back tears.

Wild’s attorney said she originally approached him in 2008 and asked to speak with the government for the criminal investigation into Epstein in Florida. He said she was told by authorities to “be patient,” and then later learned that the case had been settled in a plea deal.

Michelle Licata, who was in high school when she says Epstein allegedly abused her, also referenced the controversial 2008 deal in a letter her attorney read before the court. “I was told he would be held accountable, but he was not.” She thanked the court for letting her and the other victims be a part of the process “this time.”

Jennifer Araoz, 32, who alleges that Jeffrey Epstein raped her in his New York townhouse in 2002 when she was only 14, speaks to the media with her lawyer after leaving the New York court house on August 27, 2019.
Spencer Platt—Getty Images

Some women, including Davies, alleged that Epstein’s longtime confidant and former girlfriend Ghislaine Maxwell recruited them. The recent indictment also referred to three unnamed employees who allegedly made calls on Epstein’s behalf to arrange “massages.”

“[Epstein] is no longer here, but the women who helped him are,” said Theresa J. Helm. She said that she had experience with both Maxwell and former Epstein assistant Sarah Kellen, who was named in the 2008 plea deal as a “potential co-conspirator,” and they “need to be held accountable, all of them.”

Maxwell’s lawyer did not return a call seeking comment, but she has denied the allegations in the past. Kellen did not answer calls to a phone number listed for her in public records.

Others expressed anger that Epstein was able to kill himself and avoid facing them in court. Jane Doe 1 described hearing about Epstein’s death as “a whole new trauma all over again,” and Jennifer Araoz said she “felt let down by the people who were supposed to watch him in prison.” “I’m just angry that he’s not alive anymore to pay for the price of his actions,” said Jane Doe 3.

Annie Farmer, who spoke at Epstein’s bail hearing in July and urged that he not be released pending trial, said, “I’m so sorry others won’t be able to stand before him as I did.” Farmer previously alleged that Epstein groped her and assaulted her 16-year-old sister. She said that when they reported him to authorities in 1996, they were ignored at every turn.

However, more than anything else, the victims said they hoped some good might come out of them stepping forward and telling their story. Multiple women said they struggled with self blame after they were abused, and they hoped their stories will show others that abuse is not their fault.

Araoz, who alleged that Epstein began to abuse her when she was 14, said “Even though this weak, evil coward tried to steal our childhood… he will never steal our inner strength, and never steal our voice.”

Jane Doe 1 said that she believed on some level a lot of girls can relate to their story. “Maybe this can be a catalyst for change,” she said. She added that the media has painted Epstein as an uncommon story. “But it’s so much more common than you realize.”

Many expressed solidarity with the other victims in the room. “I’m every girl he did this to,” said De Georgiou.

In her letter, Jane Doe 8 also addressed the other accusers: “There was no way I could have done this without you.” 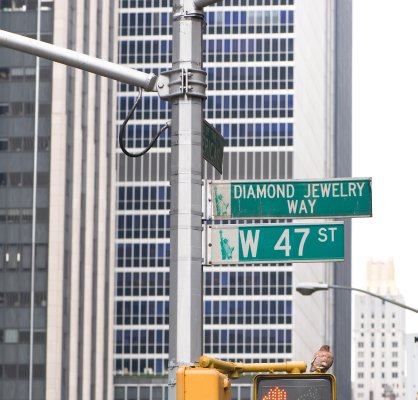