Environmentalists Have Been Warning About Amazon Fires for Decades. The Stakes Are Now Higher Than Ever

The Amazon rain forest is burning — news that prompted shock and fear across the world as Brazil’s space research agency reported this week that a record number of fires have broken out in the forest this year.

Online, hashtags urged people to pray for the Amazon and to spread awareness of the fires. By Thursday, French president Emmanuel Macron had called discussions of the “international crisis” to be at the top of the agenda at the upcoming G7 Summit in France.

The Amazon is a significant carbon reserve that affects the way heat is dispersed around the world, Deborah Lawrence, an environmental sciences professor at the University of Virginia, tells TIME. In Brazil, the country that is home to the majority of the rain forest, president Jail Bolsonaro campaigned on a platform of opening up access to the country’s protected lands for commercial use, and has — controversially — followed through during his time in office. Efforts to fight for the forest’s preservation can have bloody consequences; one 2018 report found that the country was the deadliest in the world for environmental conservationists.

Images of smoke filling skies in Brazil and reports that the fires are spreading in particularly vulnerable areas of the Amazon have led to a sense of helplessness for many of those watching. Perhaps compounding those feelings is the knowledge that the destruction of the Amazon, and the issues of deforestation and fires in the rain forest, are not new. The Amazon has burned before, and yet the problem endures.

The burning Amazon was featured on the cover of TIME in 1989, with an accompanying piece detailing the impact of fires that were set by farmers and cattle ranchers as part of an annual ritual to clear land for crops and livestock. The fires in the forest now are also man-made, and deforestation can bring on other factors that can lead to them spreading faster, according to Lawrence. “When you put a fire near a forest, the edges get some of that heat,” she says. “They experience the fire to a modest degree, which makes them susceptible to future fires.”

TIME warned back then of the risks to the Amazon’s indigenous inhabitants, as well as various plant and animal species, if the Amazon were lost or significantly damaged:

Today, those risks remain unchanged — but the climate change that TIME in the 1980s warned might be possible has already come to pass, and the damage it causes is starkly plain.

July 2019 was the hottest month ever recorded on Earth, amid a trend of skyrocketing temperatures and heatwaves across the globe that are directly linked to climate change. The Arctic has seen a surge in wildfires, including in Alaska, Greenland and Siberia.

In the Amazon itself, deforestation has continued, leading to enormous risks for the animal species living there. Scientists in 2012 found that deforestation over 30 years in parts of the Amazon has been destructive enough to ensure regional extinction for 38 species, including 10 mammal species, 20 bird species and eight amphibian species. “Realistic deforestation scenarios suggest that local regions will lose an average of nine vertebrate species and have a further 16 committed to extinction by 2050,” researchers wrote in the 2012 study, published in Science.

Speaking with TIME this week, Brazilian climate scientist Carlos Nobre said, “We have to quickly set up a policy of zero deforestation.”

Nobre’s calculations in a 2016 study found that deforestation in the Amazon will send it past a “tipping point,” creating savanna-like climate conditions to large swathes of the forest. While that was not expected to happen for about 25 to 30 years, Nobre says if deforestation rates continue to rise, the world could see those conditions in just 15 to 20 years.

In 1989, environmental scientists warned TIME that “unless things change, the forest will disappear.” Thirty years later, their alarm — still largely unheeded — rings as loud as ever. 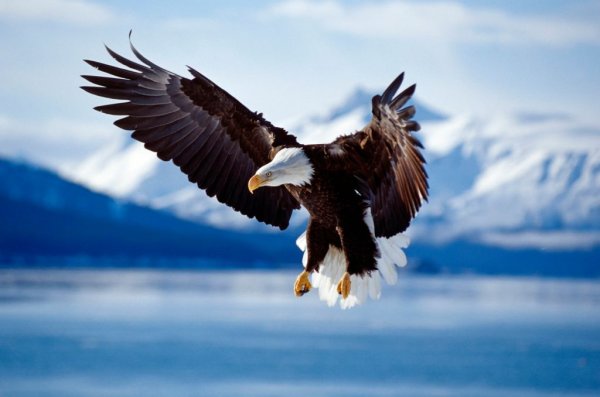 What To Know About Changes to The Endangered Species Act
Next Up: Editor's Pick