One of New Zealand’s top lawmakers is getting international acclaim after he was filmed cradling a fellow lawmaker’s new baby during a debate in Parliament.

Trevor Mallard, the speaker of New Zealand’s House of Representatives, smiled as he held the baby and fed him with a bottle while presiding over a parliamentary session. The baby makes gurgling noise at one point when Mallard announces that one lawmaker’s time to speak in the debate has expired.

Mallard posted a photo of himself on Twitter holding lawmaker Tāmati Coffey’s one-month-old boy. “Today a VIP took the chair with me,” he tweeted. He congratulated Coffey, a fellow Labour lawmaker, and his partner on the new member of their family.

It was Coffey’s first day back from paternity leave. Another lawmaker posted a photo of Coffrey holding his newborn, to which Coffrey responded, “I JUST LOVE HIM!!”

The photos have since gone viral, and Twitter users across the world have applauded both Mallard and New Zealand: “More of this in world politics, please,” one person tweeted in response to the photo.

“This is sending a great message that men can take care of babies too,” replied another.

Gareth Hughes, a lawmaker from the Green Party, tweeted: “Lovely to have a baby in the House, and what a beautiful one.”

In 2018, Prime Minister Jacinda Ardern became only the second elected leader ever to give birth while in office. Her partner, Clarke Gayford, stayed at home to take care of their daughter Neve while Ardern returned to work running the government.

In September 2018 she became the first female politician to bring a child to the United Nations General Assembly in New York. “I have the ability to take my child to work, there’s not many places you can do that,” Ardern said, according to the Guardian. 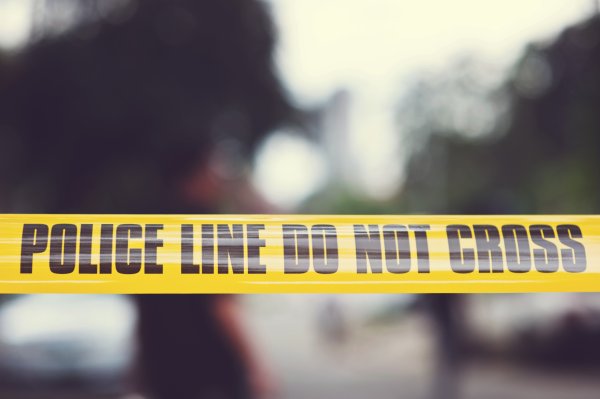 An Australian Tourist Was Shot Dead in New Zealand
Next Up: Editor's Pick