Ardern arrived in New York with her partner Clarke Gayford and their three-month-old daughter Neve Te Aroha, the Guardian reports. When Ardern delivered a speech Monday at the Nelson Mandela peace summit, Neve enjoyed a front-row seat from Gayford’s lap.

“I have the ability to take my child to work, there’s not many places you can do that,” Ardern said, according to the Guardian.

In June, Ardern became only the second sitting world leader to give birth while in office, after former Pakistani prime minister Benzir Bhutto. Ardern said she discovered the pregnancy within a week of her election victory last year. She returned to work from six weeks of maternity leave early last month.

Ardern’s dual roles as mother and head of state have prompted a steady stream of sexist criticism. “I’m not the first woman to work and have a baby,” Ardern told skeptics shortly after announcing her pregnancy.

Her work-life balance was again questioned last month when breastfeeding baby Neve necessitated an extra flight in order for Ardern to both attend to her newborn’s needs and appear at the Pacific Islands Forum in Nauru.

Some creative last-minute negotiations allowed Adern’s family to accompany her to New York this week for the general assembly.

As to whether the trailblazing baby will make further appearances at official events, Ardern said the couple would be “playing it by ear,” according to the New Zealand Herald. “It depends what the jet lag does to them both,” Ardern said, referring to Gayford as well. She added that Neve is “a good sleeper.” 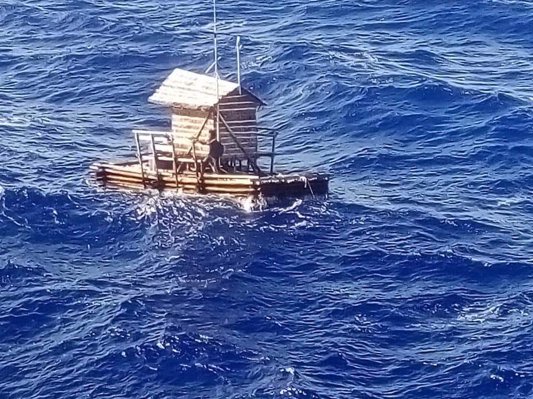 This Indonesian Teenager Survived for 49 Days Adrift at Sea
Next Up: Editor's Pick