New Zealand Prime Minister Jacinda Ardern has given birth to her first child, a baby girl.

Ardern, 37, is now only the second elected leader ever to give birth while in office.

“Welcome to our village wee one,” Ardern wrote on Instagram along with a photo of her, the new baby and her partner Clarke Gayford, who is the baby’s father. “Feeling very lucky to have a healthy baby girl.”

The baby, whose name has not yet been announced, was born on Thursday at Aukland City Hospital in New Zealand and weighs 7.3lbs.

Ardern will now take six weeks maternity leave from office — the first elected leader ever to do so. In the interim period, deputy prime minister Winston Peters will serve as acting prime minister.

The only other world leader who has given birth while in office was the late Pakistan Prime Minister Benazir Bhutto, to her daughter Bakhtawar in 1990. Ardern’s baby actually shares a birthday with the late Pakistan leader, who was also born on June 21.

Ardern, who was elected in October, announced her pregnancy in January, prompting conversations about maternity rights in the work force. The world’s youngest female leader has been labeled a trailblazer for working mothers, but the Hamilton-native has steadfastly rejected such praise.

Read More: New Zealand’s Jacinda Ardern Is About to Take Maternity Leave. Why That’s a Good Thing for Both Women and Men 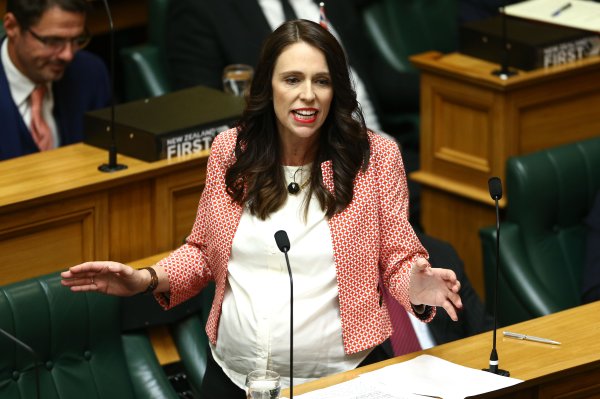 Why Jacinda Ardern’s Maternity Leave Is Good For Women and Men
Next Up: Editor's Pick