In this view from an airplane icebergs float in Disko Bay on August 4, 2019 near Ilulissat, Greenland.
Sean Gallup—Getty Images
Ideas
By Bryan Walsh
Bryan Walsh is the author of End Times: A Brief Guide to the End of the World. Previously, he was TIME’s International Editor, its energy and environmental correspondent and was the Tokyo bureau chief in 2006 and 2007. He lives in New York.

Last week saw the latest in a series of increasingly dire reports from the Intergovernmental Panel on Climate Change. This past July was the hottest month on record, punctuated by intense heat waves throughout Europe and the Arctic, leading to a record-breaking 12.5 billion tons of ice melting on Greenland on Aug. 1. Yet despite the bad news rising with the mercury, on the whole the world is doing little to slow the pace of climate change, with carbon dioxide emissions reaching an all-time high in 2018. We know—at least those of us not in the grips of outright climate denial—how bad it is. But we can’t seem to act to save the future.

There are many reasons why this is, ranging from political polarization to the disinformation campaigns of major energy companies to the sheer technical difficulty of replacing carbon-based fossil fuels. But the biggest reason is found within our own minds.

When you think about yourself while inside the narrow metal tube of a functional magnetic resonance imaging (fMRI) machine, a certain part of your brain, called the medial prefrontal cortex, or MPFC, will light up like Times Square on New Year’s Eve. If you think about a family member, the MPFC will still light up, though less robustly. And if you think about other people whom you feel no connection to—like, say, the inhabitants of the South Asian island nation of the Maldives, which will likely one day be erased by climate-change-driven sea level rise—the MPFC will light up even less.

You don’t need a $3 million MRI machine to know that human beings are self-centered creatures. But as Jane McGonigal, the research director of the Institute for the Future, noted in a 2017 article for Slate, if you think about your own self, but in the future, you’ll see less activation in the MPFC than when you imagine your present self. The further out in time you imagine that self, the weaker that activation. As McGonigal writes: “Your brain acts as if your future self is someone you don’t know very well and, frankly, someone you don’t care about.” And if we view our own selves in the future as virtual strangers, how much less do we care about the lives of generations yet to be born?

Economists have a figure for this: the “social discount rate,” which quantifies how much value declines as we look into the future. It’s essentially the inverse of an interest rate, which calculates how much an investment will grow in the future. An array of factors go into determining the social discount rate, like how much interest banks charge on loans and the expected rate of return from investments, but it also represents an ethical choice about how much we care about the future compared to the present. The higher the discount rate, the less we value the future economically. The climate-change denying Trump administration, for instance, uses an annual discount rate of 7 percent for its analysis of the social cost of CO2 emissions—how much economic damage each ton of carbon dioxide is estimated to cause—which is significantly higher than what was employed by the Obama administration.

Discounting makes sense over relatively short time horizons, like when a business is deciding whether or not to take out a loan. But when we begin to look into the further future—future on the scale of climate change, many decades and even centuries from now—discounting can spit back results that seem confounding. The Oxford philosopher Derek Parfit wrote that “at a discount rate of five percent, one death next year counts for more than a billion deaths in 500 years.” To put that in monetary terms, with a 5 percent discount rate, it would only be worth spending about $2,200 today in order to prevent $87 trillion in damages—the size of the total world economy now—in 500 years. Make it 700 years and it would only be worth spending 13 cents today. That’s how much we discount the far future, and it’s one reason why we’ve been so reluctant to take serious action on climate change.

How we choose to value future generations will help decide what we should do now about existential risks. This is especially true for climate change, which demands action in the present to avert devastation that will largely be felt in the future, perhaps after many of us now alive are dead. The problem is that, as the Yale futurist and sociologist Wendell Bell has written, “a present sacrifice for the welfare of the future appears to be a one-way street.” We experience the sacrifice in the here and now, and people we will never meet enjoy the benefit. So instead the present is essentially “colonizing the future,” in the words of the social philosopher Roman Krznaric, treating it “as a distant colonial outpost where we dump ecological degradation, nuclear waste, public debt and technological risk.”

Because they don’t exist yet, these people of the future have no voice, no way to lobby for their needs. The United Nations exists in part to represent everyone living on Earth now, no matter where they are, but as the New York University ethicist Samuel Scheffler told me, “There is no trans-temporal United Nations. The only way we’re going to work for the future is if we are motivated to act on their behalf.”

Scheffler is the author of books with dire titles like Death and the Afterlife, but for an ethicist he’s actually something of an optimist. He argues that we’re more connected to future generations than we may appear. Much of what we do in the present day only has meaning if there is a future that continues beyond our own deaths. “If I’m trying to find a cure for cancer, and in fact the human race is going to die out in thirty years, that activity really won’t be very valuable,” he says. We will never know the far future, but we depend on its existence. Take it away and you take away something essential about being human. You lose value in the present day—perhaps all value.

Previous generations may not have cared much more about the future than we do now, but there was also much less they could do to affect the future, negatively or positively. We, however, have that power, the power to protect the planet from asteroids, to avert catastrophic climate change. That is an awesome and terrible responsibility, but it’s one that we still seem happy to ignore.

Adapted from END TIMES: A Brief Guide to the End of the World by Bryan Walsh. Copyright © 2019. Available from Hachette Books, an imprint of Hachette Book Group, Inc. 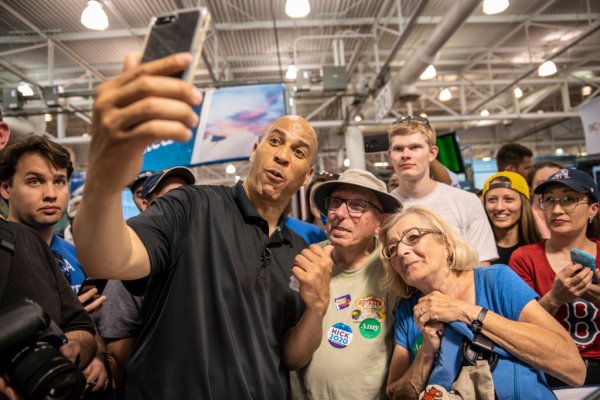