A view of herd of cows grazing in the valley of Campo Imperatore in Abruzzo, Italy. Agriculture has a role to play in helping combat climate change, according to a new U.N. report.
Daniele Orsi—REDA&CO/Universal Images Group/Getty Images
By Abigail Abrams

By dramatically changing the food we eat as well as the way it is grown and produced, humans can help stop the devastating impacts of climate change according to the latest report by the United Nations body on climate science.

More than 100 scientists from 52 countries put together the report, which was published by the UN’s Intergovernmental Panel on Climate Change. It takes a look at how land-use practices have impacted the planet and finds that deforestation, agriculture and other human activities threaten the world’s ability to limit the global temperature increase to 1.5 degrees celsius, the goal of the 2015 Paris climate agreement.

However, the report is not all bad news and finds that if more of the world’s population shifts toward plant-based diets and reduces their meat consumption, it could significantly boost the planet’s ability to fight climate change.

“Some dietary choices require more land and water, and cause more emissions of heat-trapping gases than others,” Debra Roberts, co-chair of IPCC Working Group II, said in a statement on Thursday.

The IPCC report says that if people eat more plant-based foods and sustainably produced foods from animals, that will “present major opportunities for adaptation and mitigation while generating significant co-benefits in terms of human health.”

Much of the world already eats very little meat, notes Timothy Searchinger, a senior fellow at the World Resources Institute. Only about 25% of the world, mostly wealthy countries such as the United States, eat lots of meat, he says. But as countries with historically low meat consumption get wealthier, they will eat more meat and put even more strain on the environment — unless something changes.

Meat such as beef and lamb is particularly inefficient to produce, because livestock need lots of space to graze, and that land is often space that used to be covered with forests. Lowering the amount of meat people eat would also decrease emissions from livestock and the amount of fertilizer raising them requires.

Adopting these kinds of changes for people around the world could free up several million square kilometers of land and reduce carbon emissions by up to 8 gigatonnes annually by 2050, according to the report. Food waste is also a major issue, with more than one quarter of food going to waste right now.

Not only do humans need to reduce the amount of land used to produce meat, but they also need to use that land more efficiently. Sustainable farming practices are necessary to ensure that land remains usable as the planet heats up.

This is particularly important because the report raises serious concerns about how climate change will harm food security. Parts of Africa, high mountain regions of Asia and South America are already experiencing these issues, according to the report.

The countries that are likely to be most severely impacted by climate change are often low-income places that have not been the leading contributors to global warming, researchers said. Farmers in these places will have to adapt to more intense weather patterns, droughts and floods, as well as their land decreasing in yield.

The IPCC report offers some ideas about how to mitigate the impact that agriculture has on climate change and how to help vulnerable areas keep producing food. But one of its most important features is serving as a call to action, experts said.

“I’m thrilled to see the IPCC making some bold statements on the need to focus on land, food and agriculture,” Ruth Richardson, executive director of the Global Alliance for the Future of Food, told TIME. “It’s so important because food and agriculture systems are a huge source of greenhouse gas emissions, so they’re a part of the problem and yet they’re also a critical part of the solution.”

There are plenty of obstacles to adopting the report’s suggestions around food. Not every country is going to stop eating meat, of course, but Searchinger of the World Resources Institute points to the rise in popularity of meatless products such as the Impossible Burger as a promising sign. He hopes that when the public and politicians see reports like this one they remember that food and agriculture are key factors in the fight against climate change.

“When people think about solving climate change and what governments can do, they have to think about agriculture,” he said. 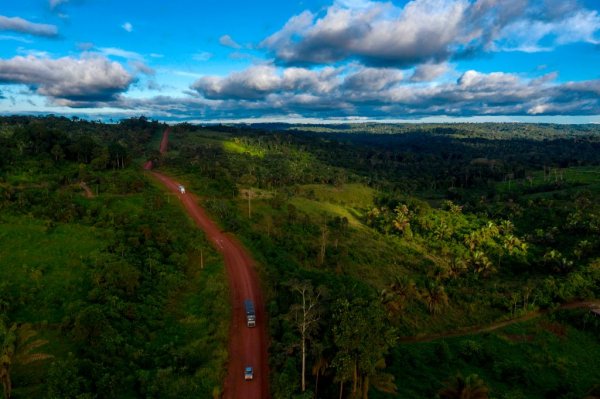