A man who spent most of his life in the United States died this week after he was deported to Iraq in June.

The man, 41-year-old Jimmy Aldaoud, was an Iraqi national who was born in Greece, but came to the U.S. when he was a child, Politico reports. He had never lived in Iraq and did not speak Arabic, but was deported amid the Trump Administration’s immigration crackdown.

Edward Bajoka, an immigration lawyer and self-described close friend of the family, wrote on Facebook that Aldaoud was found dead on Wednesday. The cause of death appeared to be linked to an inability to get insulin for diabetes, according to Bajoka.

“Rest In Peace Jimmy,” Bajoka wrote. “Your blood is on the hands of ICE and this administration.”

Representative Andy Levin responded to Aldaoud’s death on Twitter, saying that deporting the U.S. resident to a place where he ultimately lacked access to medical care “put his life in extreme danger.”

Read More: Trump’s Anti-Immigrant Rhetoric Was Never About Legality — It Was About Our Brown Skin

The Trump Administration has targeted over 1,000 Iraqis for deportation, according to Politico. That includes Chaldean Catholics—a minority believed to have originated in ancient Mesopotamia, who face discrimination in present-day Iraq. Aldaoud was one of the Detroit-area Chaldeans given a final order of removal, although he challenged the decision in court.

Politico reports that Aldaoud spoke about his deportation in an undated video that was posted on Facebook this week. “Immigration agents pulled me over and said I’m going to Iraq,” he said, according to Politico. “I said, ‘I’ve never been there. I’ve been in this country my whole life, since pretty much birth.’ … They refused to listen to me.”

ICE, the State Department and the White House did not immediately respond to Politico’s request for comments.

President Donald Trump has made cracking down on immigration a cornerstone of his presidential term. This summer, he has threatened large-scale raids to catch undocumented immigrants. 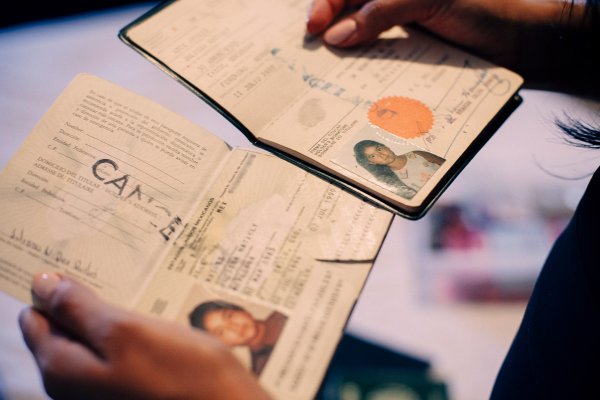 Trump's Anti-Immigrant Rhetoric Was Never About Legality — It Was About Our Brown Skin
Next Up: Editor's Pick