What Is 8chan, and How Is It Related to This Weekend's Shootings? Here's What to Know

While speaking about this weekend’s pair of mass shootings, President Donald Trump on Monday referenced one of the shooter’s online activities, and called for better regulation of social media.

“We must recognize that the internet has provided a dangerous avenue to radicalize, disturb minds, and perform demented acts,” Trump said. “We must shine the light on the dark recesses of the internet and stop mass murders before they start.”

Among those “dark recesses” is 8chan, where one of the shooters posted a hate-filled screed before carrying out a massacre. 8chan is an online forum with few rules or oversight, and where those with violent, racist and otherwise hateful views congregate, communicate and collaborate. The site has come under scrutiny in the aftermath of other mass shootings, but some are now taking steps to isolate it. Online security provider CloudFlare, for instance, is no longer working with 8chan, leading to intermittent outages.

Here’s what to know about 8chan and its relationship to the shootings in El Paso, Texas and Dayton, Ohio that left 31 people dead over the past two days.

Created in 2013, 8chan is an online community lacking restrictions typically found on other forums, like moderators or guidelines. Based on the imageboard, an online forum style originating in Japan, 8chan lets anyone post anonymously to facilitate discussion on whatever topic they wish. On 8chan, anything goes, as long as it’s not expressly illegal. And since anyone can start a conversation at any time, you’re liable to see photos of someone’s model train collection above another anonymous user’s racist screed, all sandwiched between an assortment of pornographic images.

8chan’s hands-off approach to moderation has made it the web’s de facto gathering place for white supremacists, racists, and extremists whose posts are usually in direct violation of rules imposed by more mainstream social media sites like Facebook or Twitter. While both of those platforms are struggling with offensive content, they regularly remove such posts; 8chan does not.

8chan itself was created as a no-holds-barred alternative to the comparatively benign 4chan. 4chan has been more closely moderated in recent years, pushing rules-breakers over to 8chan.

In recent years, Brennan has sought to distance himself from 8chan, even calling for its shutdown in an effort to mitigate the site’s growing role in facilitating incidents of domestic terrorism. “It’s not doing the world any good,” Brennan said in a New York Times interview published Sunday.

What is 8chan’s relationship to this weekend’s shootings?

The shooter in the El Paso, Texas incident reportedly posted a racist, hateful manifesto to 8chan before carrying out his attack. The message warned of a “Hispanic invasion of Texas” and included other white supremacist language.

The motive of the shooter in Dayton, Ohio remains unclear.

What’s being done about 8chan?

While 8chan’s only rule prohibits users from sharing content illegal in the United States, users have been known to harass targets by sending SWAT teams to homes, or linking to content many people would consider reprehensible, like child pornography. However, under current U.S. law governing social media, users, not platforms, are liable for content that’s posted online.

Still, some companies are changing their tune when it comes to being associated with the site. Google removed the site from search results in 2015. And on Sunday, Internet security firm Cloudflare reversed its decision to continue providing online security services to 8chan, citing the forum’s role in facilitating the spread of violence and hate. That makes 8chan the second site Cloudflare has dropped; it cut ties with neo-Nazi site The Daily Stormer in 2017.

“The rationale is simple: they have proven themselves to be lawless and that lawlessness has caused multiple tragic deaths,” said Cloudflare CEO Matthew Prince in a statement. “Even if 8chan may not have violated the letter of the law in refusing to moderate their hate-filled community, they have created an environment that revels in violating its spirit.”

Some argue that social media sites like 8chan are like heads of a hydra, and if you shut one down without addressing the root causes driving people to visit them in the first place, another will rise to replace it. 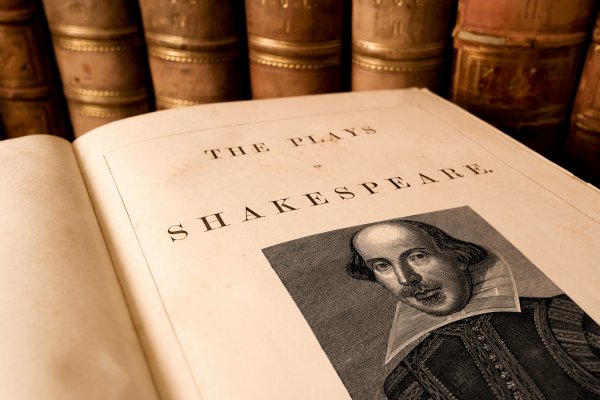 To Meme, or Not to Meme? Meet the 26-Year-Old Woman Behind SparkNotes' Genius Twitter Account
Next Up: Editor's Pick