These Four Republicans Voted to Condemn Trump's Racist Tweets. Here's What They Said About It

On Sunday, President Donald Trump sparked outrage when he aimed a series of tweets at four female House Democrats telling them to “go back” to their countries of origin. The Congresswomen — Alexandria Ocasio-Cortez, Rashida Tlaib, Illhan Omar and Ayanna Pressley — are all American citizens. Three of the four were born in the U.S. Omar was born in Somalia.

The resolution was largely supported by Democrats, with 235 votes of in favor of the motion. A total of 187 Republicans voted against the measure, but four Republicans broke ranks and voted in favor, reports CNN.

Justin Amash, who quit the GOP this month citing disenchantment with the party, also voted in favor.

Despite widespread criticism for his comments, Trump has doubled down on his remarks, saying that they were not racist. “I don’t have a racist bone in my body!” he said on Twitter Tuesday.

Here’s what the four Republicans that took a stand against Trump’s racist language had to say about his remarks.

Hurd, who hails from Texas, is the only black Republican member of the House of Representatives, reports CNN.

“He should be talking about things that unite, not divide us,” Hurd said during an interview with CNN.

He also took to Twitter to rebuke the president’s remarks.

Brooks is a Congresswoman from Fort Wayne, Indiana. She was elected to Congress in 2012, and plans to retire at the end of her term, CNN reports.

“We must remember our words matter and carry great weight,” the Congresswoman said on Twitter. “Our words and the ways in which we deliver them have a lasting impact on those who hear them.”

Fitzpatrick was elected to the House of Representatives in 2016, representing Pennsylvania.

“The language and tone being used by so many in our country needs to change,” he said on Twitter.

“I agree with a lot of what the President does from a policy standpoint, from tax reform, immigration, when it comes to border security,” he said speaking on a radio show, reports CNN. “What I disagree with the President on is his tone. I am a Ronald Reagan Republican and that’s the area I grew up in.”

The language is “not acceptable from a leader in any work place large or small,” the Congressman from Michigan said on Twitter. “America embraces diversity, and that must continue.” 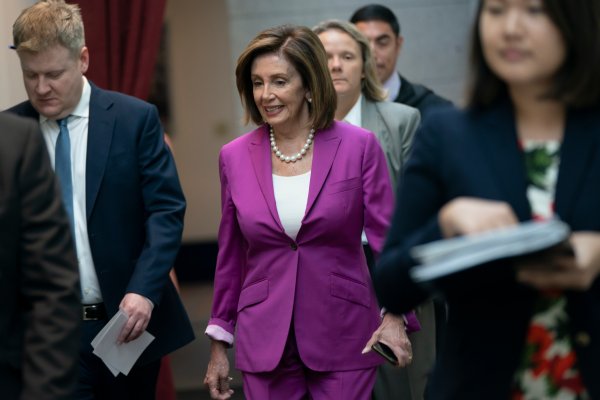 Vote on Trump's Racist Tweets in Chaos Over 1801 Rule
Next Up: Editor's Pick