Drake has brought the world some great songs, but even better memes.

The rapper has danced and played tennis to “Hotline Bling” across the internet and gone viral with his court side antics at Toronto Raptors’ games and even sparked an entire genre of memes called Drakeposting.

Now Drake is unsurprisingly at it again with the “Ooo Wow” meme taken from the video for his collaboration with Chris Brown on the song “No Guidance”.

In one scene in the video, Brown and Drake battle each other on the dance floor. There was one particularly memorable moment in the video, where Drake looks wildly unimpressed with Brown’s dance performance, and delivers the ultimate playground put-down, putting his hands up, waggling his fingers, and saying, “Ooo wow.”

It was funny, totally juvenile, and completely memeable. The internet quickly noticed the moment and jumped into action churning out the Drake’s big mood meme after meme based on the moment.

Then Drake got in on the fun, sharing the two-second clip on his Twitter account poking fun at either the women he dates or his own choice in women “Her: Oh yeah I been before cause one of my guy friends lives out there. Me:” he captioned the post. 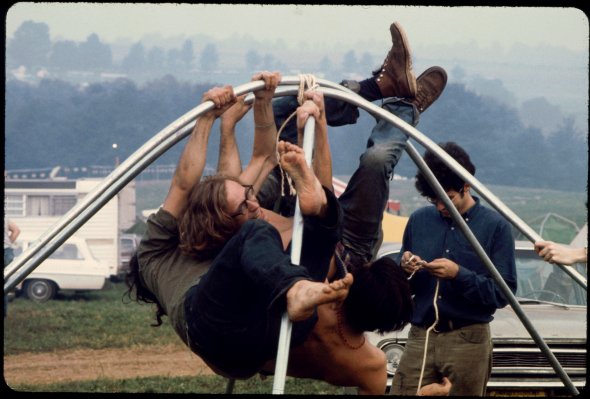 Woodstock Had Some of the Most Legendary Performances in History. But Many Attendees Never Heard a Single Note
Next Up: Editor's Pick