The Drake Dancing Meme Is Now Over Thanks to This Vine

A Vine parodying Drake’s music video for his song “Hotline Bling” shows the artist playing tennis — though probably not well enough to play with “longtime friend,” tennis star Serena Williams. It boasts more than 12 million “loops” since it was uploaded 12 hours ago. Filmmaker Caleb Natale first uploaded the clip to the video-sharing platform:

The Internet has been making fun of the Canadian rapper’s dance moves since the video was released via Apple Music Monday, setting it to Vince Guaraldi’s Peanuts soundtrack, Bob Marley, and more. Time.com has been keeping track of the best memes here.

And here is the original music video for “Hotline Bling”: 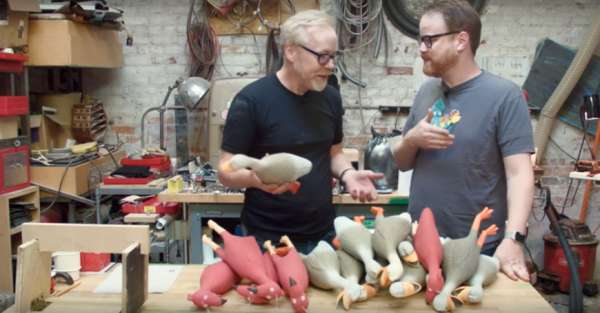 The Mythbusters Shrieking Duck 'Bomb' Will Blow Up Your Eardrums
Next Up: Editor's Pick