People who ride rollercoasters are often seeking a thrill. But a young girl on the DC Rivals Hypercoaster at Warner Bros. Movie World in Queensland, Australia, recently got a bit more thrill than she bargained for when a large bird flew into her face mid-ride.

A video captured by the amusement park that was shared on Facebook by Nicole Ormiston shows the shocking moment that a rogue ibis, an Australian wading bird, smashed into Paige Ormiston while she was riding in the front seat of the rollercoaster.

“Paige just got hit by an ibis while riding front seat on the DC Rival Hypercoaster with Uncle Mitch,” the post read. “She had feathers on her and a beak scratch on her right shoulder. She’s completely shocked, a little bruised but ok not sure about the bird? How can you not buy that video.”

Watch the video of the girl getting hit by a bird while on a rollercoaster below. 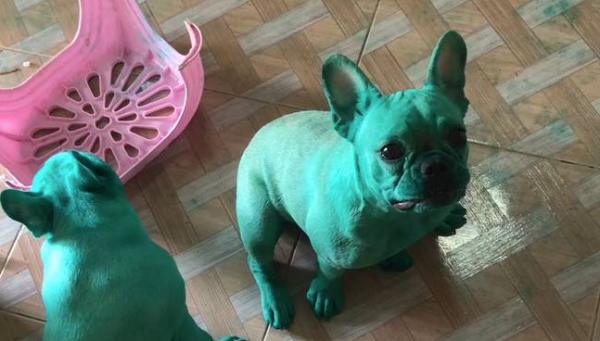 Woman Awakes to Green-Dyed Dogs After Raid Under the Cover of Night
Next Up: Editor's Pick