Trevor Noah Stands Up for Baltimore After Trump's Rats Comments

In the wake of President Donald Trump calling Rep. Elijah Cummings’ majority-black district in Baltimore a “disgusting, rat and rodent infested mess” during a Saturday morning Twitter tirade, Trevor Noah is speaking out in defense of the city.

During Monday’s episode of The Daily Show, Noah argued that Trump’s attack on Baltimore doesn’t actually have anything to do with its rats.

“I’m not saying Baltimore doesn’t have rats. Of course it has rats,” he said. “But you know which other cities have rats? All the best cities in the world, all of them. Paris, London, New York — they all have a rat problem. In fact, I’m starting to think that if your city doesn’t have rats, it’s because you live in a boring-a— city and your food sucks.”

Noah went on to weigh in on Trump’s role in the escalating debate over race in the United States.

“Once again, America is stuck in another debate,” he said. “Many people say Trump’s words are clearly racist, but Trump says it’s the black people who are the true racists because they keep bringing up race every time someone says something racist.”

Noah then brought on his alter-ego, Trevor Noah Racism Detective, to solve the case. 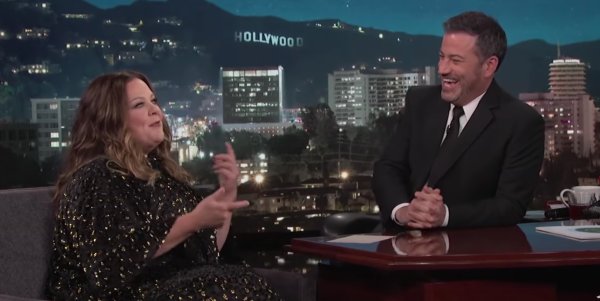 Melissa McCarthy Addressed The Little Mermaid Rumors in the Most Charming Way Possible
Next Up: Editor's Pick