Shortly before Boris Johnson officially became Prime Minister of the United Kingdom on Wednesday, his counterpart in the U.S. drew a thread across the Atlantic. “They call him Britain Trump,” said President Donald Trump.

Trump was not the only one to notice some similarities between the two world leaders, like their penchant for outrageous remarks and checkered personal lives. But their nearly simultaneous accession to power has broader historical significance, as well. For more than two centuries, even when the nations have been in conflict, U.S. and U.K. politics have evolved in sync. At a series of turning points—in the 1860s, the 1900s, the 1940s, the 1980s and the 1990s—both governments have taken a new course, usually in the direction of greater democracy and economic equality, but more recently towards deregulation, fewer workers’ rights and public services, and inequality.

Trump and Johnson represent the latest step in that evolution—and it’s one the world would do well to heed.

Even in the era of the American Revolution, politics in the colonies and in Britain had more in common than might be expected of two opposing sides. King George III’s attempts to strengthen the monarchy at Parliament’s expense provoked loud opposition in Britain as well as in the colonies, and several leading British political figures openly sympathized with the colonies’ grievances. But the outcome of the revolution, and the subsequent French Revolution, put an end to any hopes that Britain would move in a more democratic direction any time soon. Not until 1832 did the British Parliament pass a law that made the election of the House of Commons a bit more democratic, while still leaving most adult males without the vote.

The American Civil War changed all that. The British public saw the war as a contest between northern democracy and southern aristocracy, and Lincoln became a hero to the British working and middle classes. Only two years after the northern victory, in 1867, a new Reform Act granted the franchise to most adult males in Britain, and further steps towards true democracy followed in the next two decades.

Then, during the early 1900s, both nations experienced what amounted to a Progressive Era. The Liberal government that took power in Britain in 1904 took steps to protect the rights of labor, passed old age pensions, levied heavy estate taxes and broke the power of the House of Lords to block legislation. In the United States, Presidents Theodore Roosevelt, William Howard Taft and Woodrow Wilson began breaking up trusts, promoting workers’ rights and boosting freer trade. Women’s suffrage movements in both countries triumphed at the end of the First World War. That war and its aftermath, however, broke the power of the liberal governments in both countries, and the 1920s became an era of reaction.

In the 1930s, as in the 1770s and the 1860s, the United States took the lead in moving forward. While conservative British governments took no dramatic steps to fight the worldwide economic slump, Franklin Roosevelt’s New Deal moved actively to fight the Depression, employ more people, regulate financial markets and build a better safety net. In 1941, Roosevelt explicitly linked his economic goals to American war aims as he prepared for U.S. entry into the war. By then, Winston Churchill—a Tory, a member of the Conservative Party—had created a national government that included the leadership of the opposition Labour Party. Britain held no elections during the war, but the British public emerged determined to secure meaningful rewards for their sacrifices in winning it, and in 1945 the Labour Party won a landslide victory over Churchill and the Tories and undertook an unprecedented remodeling of British society. They nationalized basic industries like coal and steel and created the National Health Service. In the wake of the war, both countries were taxing high incomes at marginal rates around 90%, and unions had secured unprecedented power. Significantly, neither the Republican Eisenhower Administration nor the Tory governments that returned to power in the 1950s tried to undo many of these changes, which enjoyed consensus support well into the 1970s.

The swing in the other direction began in 1979 and 1980, when Margaret Thatcher in Britain and Ronald Reagan in the U.S. defeated their parties’ centrist establishments and won big victories in general elections. Both of them declared open war on the philosophies and policies of the last few decades, with Thatcher declaring that there was no such thing as “society,” only individual men and women and families, and Reagan announcing that government wasn’t the solution to our problems, it was the problem. Privatization, deregulation, lower taxes and increasing inequality became the order of the day on both sides of the Atlantic, and both governments took dramatic steps to break union power.

And in the 1990s, Bill Clinton (in 1992) and Tony Blair (in 1997) led the Democratic and Labour Parties back into power while repudiating much of the philosophy the parties had espoused at mid-century. Both new Democrats like Clinton and Blair’s new Labour Party made peace with, and encouraged, the deregulated economic order.

That new order appeared to have survived the financial crisis of 2007-8, but populist revolts on both sides of the Atlantic have now dealt it severe blows. Boris Johnson’s accession to power represents the same thing that Donald Trump’s did two years ago: the collapse of the old political order.

In 2016, Donald Trump ran against three of the bipartisan establishment’s most cherished positions—greater immigration, free trade and U.S. leadership of a multilateral world order—and defeated establishment Republican candidates and his Democratic opposition. That same year, 2016, in Britain, Prime Minister David Cameron turned the issue of remaining in the E.U. over to the British people, and lost his gamble. Cameron’s successor Theresa May and the Labour opposition were then left to implement a move which they had opposed, and could not agree on how to do so.

Unlike Trump, Johnson was already a major if controversial figure within the Tory Party, and served as May’s foreign secretary. But he became Prime Minister largely because he had publicly supported Brexit. He was chosen to be the new P.M. by 92,153 members of the Tory Party at large, not its Parliamentary members—a change that dates from 1998, and which, like primaries in the U.S., makes it possible for an anti-establishment candidate to defeat its party’s traditional leaders.

Both Trump and Johnson have come to power because their electorates have repudiated longstanding policies and leaders from their nation’s political establishments. Now Johnson hopes to cut Britain loose from the E.U., a step that some predict may break up the United Kingdom within another decade. But that won’t be all he has to do. As President, Trump has started trade wars, repudiated international agreements like the Paris Climate Accord and the Iran deal, and declared war on immigration. We don’t know how far their disruption of the established order will go, but once again, the two greatest democracies of the Atlantic world have almost simultaneously embarked on parallel new courses.

David Kaiser, a historian, has taught at Harvard, Carnegie Mellon, Williams College, and the Naval War College. He is the author of nine books, including, most recently, his autobiography, A Life in History. He lives in Watertown, Mass. 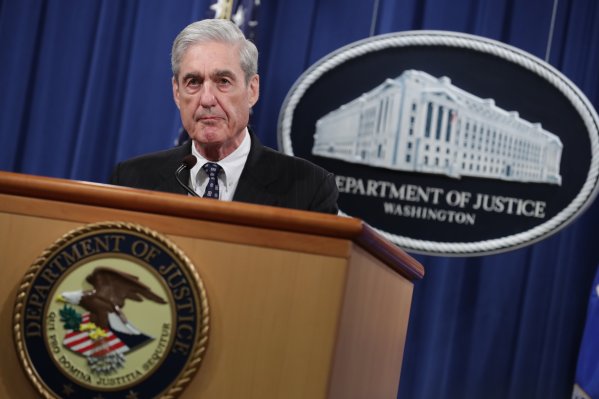 Mueller, Trump and the History of Presidential Misconduct
Next Up: Editor's Pick