A pink egg on black acrylic with its reflection. Separated from background by a separation light.
joeygil—Getty Images/iStockphoto
By Ashley Hoffman

The multiple steps of the egg journey are unexpected to say the least, which is likely why it went viral to the tune of more than 33,000 likes as of Friday morning.

While the brief craft video does not exactly deliver on its “five minute” promise because it takes multiple days, it does amuse.

It calls for viewers to drop a basic, boring pale egg in white vinegar and leave it there for the day in order to dissolve the eggshell. Then, you’ve got your bigger egg. But not content to settle for bigger, this DIY project directs do-it-yourselfers to take things further. You then soak the egg in maple syrup and then in blue dye. The result? A bouncy, jiggly, much bigger egg.

5-Minute Crafts has previously gone viral with a video that recommends people craft a makeup brush out of a lock of hair.

And this is far from the humble egg’s first rodeo when it comes to viral videos. We can all recall the egg that bested Kylie Jenner at the Instagram game, egg boy who made headlines for egging an Australian senator and the trend popularized by food obsessives––cloud eggs. 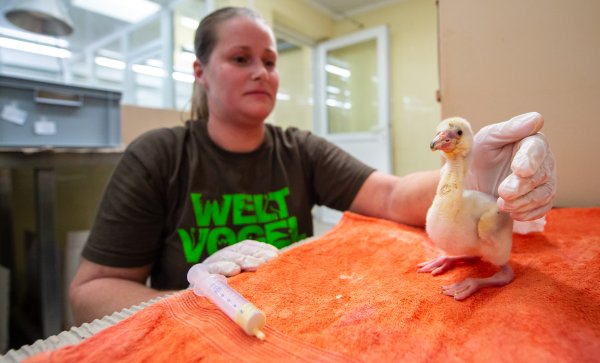 Baby Flamingo's Struggle to Stand on One Foot Is Basically All of Us
Next Up: Editor's Pick