Alternate Idea: Man Behind the Area 51 Raid Thinks an EDM Festival With 'Up and Coming' Guys Could Work Instead

The man behind the “raid Area 51” Facebook event is suggesting a much less dangerous event — an EDM music festival in the Nevada desert.

Matty Roberts’ event jokingly suggested storming the secretive U.S. military facility near Rachel, Nevada, in the hopes of discovering the truth of what lies beyond the center’s gates. But that doesn’t mean the 1.9 million people “attending” the event understand its satirical nature. In a recent interview, Roberts suggested these alien seekers and others turn their sights toward an EDM festival in lieu of the proposed raid.

“I want to make it like a festival of sorts,” Roberts, a college student, told KERO-TV. “I want to have a bunch of different musical artists, everybody from the EDM world and then maybe some indie rock, maybe some smaller guys that are up and coming.” Roberts also said he has been in touch with local hotels in Rachel, so the planning might really be in the works.

Apparently, musicians and bands are interested in the possibility of an Area 51-themed music festival. “I’ve had a lot of people DM’ing the page saying their bands want to play there, which would be super cool,” Roberts said.

Whether this dream festival will take place on Sept. 20 — the original date of the “raid Area 51” Facebook event — of course remains to be seen. But still, if you’re a fan of both EDM music and Area 51 conspiracy theory memes, you’re in luck. An ideal collaboration may be in your future. 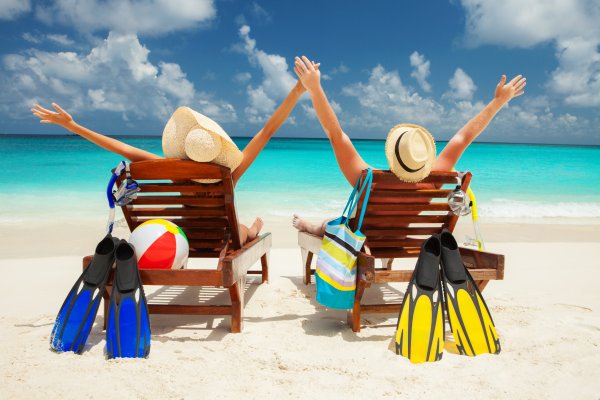 Man Who Can't Afford Tropical Vacation Does the Normal Thing By Faking One and a Lot of People Can Relate
Next Up: Editor's Pick