He dropped by a fan’s house in Slidell, Louisiana on Wednesday to make a little dream come true.

For those familiar with Reeves’ notable accomplishments in the internet boyfriend zone, “you’re breathtaking” are the words he repeated after a fan shouted them at him from the crowd at the E3 gaming conference in June.

The warm interaction was charming enough to make the news, and become a bit of a catchphrase.

So when a family learned that Reeves would be in town to film Bill and Ted Face the Music, 16-year-old Ethan Hunt specifically requested a “you’re breathtaking” lawn sign to roll out the red carpet for the star. His mother, Stacey, was happy to craft the sign in Reeves’ honor.

Perhaps the actor was feeling the love.

Just hours after the mother placed the poster in the yard, apparently Reeves just magically showed up. He signed the poster, “Stacey, you’re breathtaking!”

Reeves also chatted with the family and posed for some snapshots.

Ed Solomon, the screenwriter for Bill and Ted captured it all and posted it to Twitter.

See below for the Keanu Reeves “You’re Breathtaking” sign moment. 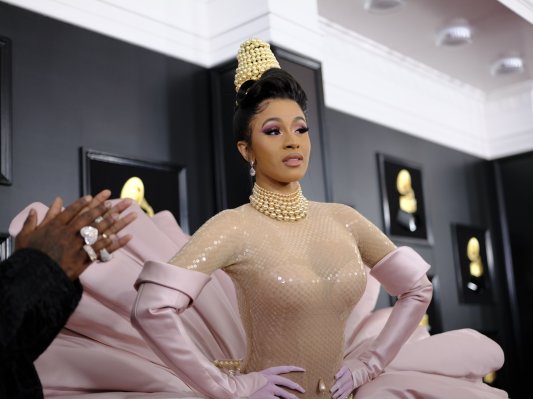 A Comprehensive Guide to All the Times Cardi B Sounded Off on Politics
Next Up: Editor's Pick