Keanu Reeves’s internet renaissance is far from over. For one girl, a picture of the master of cool actually appeared outside of her social media feeds.

“Tonight at dinner my mom casually revealed that she went to high school with Keanu Reeves,” the user @_misslauren97 wrote on Twitter last week. Thankfully, she has provided some photographic evidence. There he was, our future John Wick, casually posing with a closed-mouth smile in his high school yearbook.

As far as cool mothers go, this one has “casually” outdone herself. The tweet has naturally made its way to the Keanu Reeves Reddit world.

Keanu Reeves attended four different high schools in his home of Ontario, the Matrix star told the Daily Mail in 2008. In the same interview, he said that one of those schools was a performing arts program that he was kicked out of at 16 years old.

It’s unclear which of those schools this mother attended with Reeves, but his star power definitely hopped off the yearbook pages. Next time you’re home for dinner, you might want to ask your mom if there was a movie star in her math class. 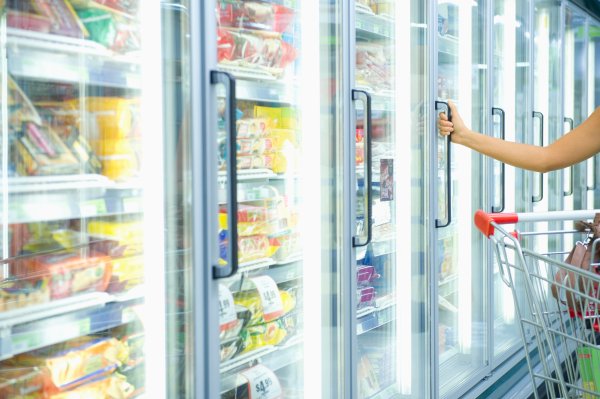 People Mocking the 'Ice Cream Challenge' Is the Best Dessert-Based Comedy You'll See All Day
Next Up: Editor's Pick