RIP Iron Man. And Black Widow. And Vision. And Captain America’s youth. And Thor’s cocky confidence. The original Avengers lineup will be dearly missed. But it was also time for them to go.

Without Tony Stark or Steve Rogers at the helm of a super-team, the Marvel Cinematic Universe can grow, expand and — most importantly — evolve.

During the Marvel Studios presentation at San Diego Comic-Con on Saturday night, studio head Kevin Feige announced Marvel’s “Phase 4” of films, which will include the MCU’s first Asian superhero movie, the introduction of the MCU’s first deaf superhero and the reveal of the first openly queer superhero in the MCU.

That’s a radical change from 11 years of three straight, white dudes — Iron Man, Captain America and Thor — leading the Avengers franchise. And none of this could have happened if Captain America and Iron Man were still around or if Thor hadn’t embraced his funnier side.

Feige began the panel by introducing the diverse cast of The Eternals, directed by Chloe Zhao. The lineup includes Angelina Jolie, Salma Hayek, Brian Tyree Henry, Kumail Nanjani and Richard Madden, all playing one family. Joining them will be actor Lauren Ridloff, who will play the first deaf character in the MCU in that movie.

Then he moved on to Shang-Chi, Marvel’ first Asian superhero movie. Canadian actor Simu Liu will play a master of martial arts who faces off against The Mandarin. No, this won’t be the same Mandarin from Iron Man 3, whom that film’s director Shane Black has described as “a racist stereotype of a Fu Manchu villain just waving his fist.” Instead, Mandarin will be the “real deal” played by veteran actor Tony Leung.

And Marvel is updating some of its older characters too. After Feige announced there would be a fourth Thor movie, Thor: Love and Thunder, Tessa Thompson took the stage to clarify that her character Valkyrie, ruler of Asgard, is indeed queer.

“As new King, she needs to find her new queen, so that’ll be her first order of business,” Thompson said. Thompson told TIME in May that she had been nudging Marvel in that direction for some time, including fighting to keep a scene in Thor: Ragnarok that showed Valkyrie in bed with a woman. The scene ultimately ended up on the cutting room floor.

Then Natalie Portman revealed that her character, Thor’s onetime love interest Jane Foster, would wield the hammer Mjolnir and become Thor. Portman reportedly left the Thor franchise after Patty Jenkins, who would have been Marvel’s first female director, parted ways from Dark World. Jenkins, of course, went on to make history as the director of Wonder Woman. Now, it seems a more empowered storyline for her character brought Portman back into the Marvel family.

Scarlett Johansson also attended Comic-Con to promote the upcoming Black Widow movie. After nine years playing sidekick, Natasha will finally get her own solo film. The character and the MCU has come a long way since Black Widow’s introduction in 2010’s Iron Man 2 when Pepper catches Tony ogling Natahsa and dubs her “a very expensive sexual-harassment lawsuit.” In the following years, the character of Black Widow continued to be portrayed as a sex object, as each movie suggested that she had a flirtation with Hawkeye, then Captain America, then Hulk before she was finally allowed to be on her own.

Finally, Feige announced that Oscar-winner Mahershala Ali will reboot Blade, once made immortal by Wesley Snipes. When Black Panther premiered in 2018, many fans cited Blade as the movie that laid the groundwork for a black superhero movie to break box office records.

These aren’t radical changes to the Marvel canon. In the comics, Shang-Chi was introduced in 1973, a female Thor has been the Goddess of Thunder since 2014 and Valkyrie has had relationships with women. But the movies have been slow to catch-up. In the last few years, Marvel has introduced a more diverse array of comics characters to the Avengers crew, including Black Panther and Captain Marvel, the first black lead and female lead in an MCU movie, respectively.

Would it be possible for Jane Foster to take over as Thor if Chris Hemsworth had not already put his stamp on the character in six different movies? Probably not. Would Black Widow be permitted to come into her own in a world where every man flirted with her or outright harassed her? Doubtful. Would Shang-Chi evolve into a major player in the MCU if he had to debut into the cluttered fray of superheroes taking on Thanos at the end of Endgame? It surely would have been less impactful.

It will surely take time for fans to grow to love these new characters as much as they adored Iron Man, Thor and Captain America by the events of Endgame. And Marvel Studios looks to wisely be laying the groundwork for these new characters to earn that fandom before they try to throw another major event like the Infinity Wars at us. 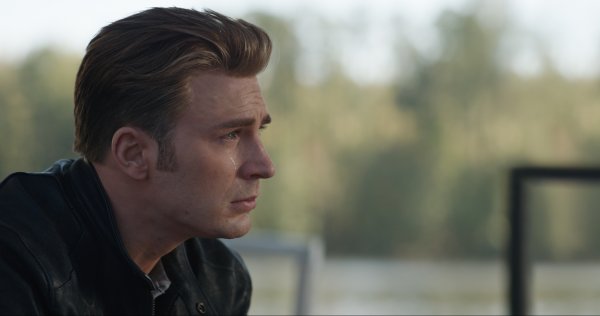 7 Insane Scenes That Wound Up Getting Cut From Avengers: Endgame
Next Up: Editor's Pick