Google Celebrates 50th Anniversary of the Moon Landing With a Doodle

To celebrate the 50th anniversary of the moon landing, Google got some help from someone who was there: Apollo 11 astronaut Michael Collins.

Collins did not leave any boot prints on the moon, but he was “the ticket home” the the men who did, he told TIME in a recent interview.

While Neil Armstrong and Edwin “Buzz” Aldrin descended to the lunar surface, Collins was tasked with staying in orbit and tending to the command module that would eventually return all three men safely home.

The animated video Google created for its Google Doodle shows the crew’s journey on the Saturn V rocket.

Collins said he, Armstrong and Aldrin realized the weight of history was on them as they embarked on the mission: “Neil, Buzz and I felt the weight of the world on our shoulders. It took around 400,000 people to land humankind on the moon,” Collins said in the Google Doodle video.

“The first time we saw the moon up close it was a magnificent spectacle. It was huge,” he said.

Collins also described the stunning effect of the sunlight on the moon’s surface, which was “cascading and making a golden halo, and filled our entire window.”

Despite, having a unique view of a place where no human had ever set foot, their gaze inevitably turned to the amazing sight of their distant home planet. “As impressive as the view was of this alien moon seen up close it was nothing compared to the sight of the tiny Earth. The Earth was the main show. The Earth was it,” Collins said.

While Armstrong and Aldrin descended to the surface on July 20, 1969, Collins waited in the command module in orbit above, ready to help in case of trouble. “Behind the moon I was by myself. All alone, but not lonesome,” he said. “I felt very comfortable back there, I even had hot coffee.”

The astronauts arrived back on Earth on July 24, 1969. “We were invited to take a tour around the world and I was amazed that everywhere we went people said ‘We, we did it. We, you and me, the inhabitants of this wonderful Earth. We did it,” he recalled.

Space exploration continues to this day with plans for a mission to Mars on the horizon. Google Doodle also mentions NASA’s Artemis program – Artemis is Apollo’s sister in Greek mythology – which aims to land the first woman on the moon by 2024. 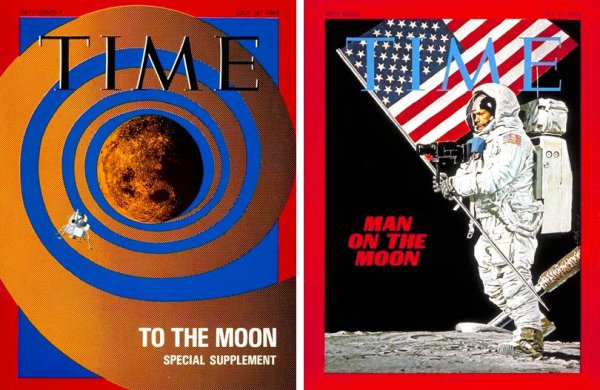 Neil Armstrong and Buzz Aldrin Were Supposed to Nap After Landing on the Moon, But They Couldn't Wait to Walk
Next Up: Editor's Pick