Just over a month after Jon Stewart passionately called for Congress to pass a bill ensuring that the September 11 Victims Compensation Fund never runs out of money, the former Daily Show host is putting Rand Paul on blast for blocking the bill.

Stewart appeared on Fox News on Wednesday to call the Republican senator out for objecting to the bill on the grounds that Congress needs to cut spending elsewhere before extending funding for 9/11 first responders. Stewart, a longtime advocate for 9/11 responders, called Paul’s refusal to back the bill an “abomination,” citing the senator’s willingness to previously support tax cuts that added “hundreds of billions” to the deficit.

“It’s absolutely outrageous,” Stewart told host Bret Baier. “And pardon me if I’m not impressed in any way by Rand Paul’s fiscal responsibility virtue signaling. Rand Paul presented tissue paper avoidance of the $1.5 trillion tax cut that added hundreds of billions of dollars to our deficit. And now he stands up at the last minute, after 15 years of blood, sweat, and tears from the 9/11 community, to say that it’s all over now. Now we’re going to balance the budget on the backs of the 9/11 first responder community.”

Paul took to Twitter on Wednesday to claim that he was not blocking the bill, but “simply asking for a vote on an amendment to offset the cost.”

Watch the full Stewart clip below. 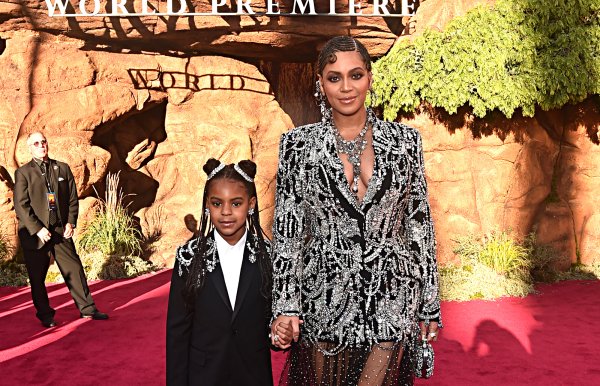 Naturally Blue Ivy and Beyoncé Coordinated Their Outfits for the 'Spirit' Music Video
Next Up: Editor's Pick