Beyoncé dropped a vibrant music video for her song “Spirit” from The Lion King live-action remake early on Wednesday morning. The video featured a bevy of color-coordinated dance routines and fierce looks, as one is wont to expect from Bey. However, the most noteworthy feature in the music video was a poignant cameo from none other than her daughter, Blue Ivy Carter.

In her brief but notable appearance, Blue Ivy joins her mother, with the pair sporting matching lavender dresses, red hair and smoldering smizes. The importance of a royal lineage, a major theme in both Simba and Blue Ivy’s lives, is clear with parallel shots of an adult lion and their cub intercut with footage of Bey and Blue.

This isn’t Blue’s first time making an appearance in her mother’s music videos; she was a prominent part of the visuals for Beyoncé’s self-titled album and Lemonade.

The song is a track off the upcoming The Lion King: The Gift album, a collection of original music inspired by the live-action remake that was created in addition to the actual soundtrack for the movie, which also prominently features Beyoncé.

Watch the full music video for “Spirit” below. 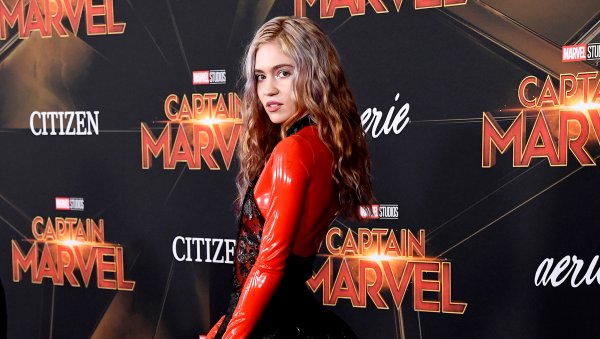 People Are Really Breaking a Sweat With the Jokes About Grimes' Too-Crazy-to-Be-True 'Training Regimen'
Next Up: Editor's Pick