An 'Extremely Dangerous' Heat Wave Will Hit 195 Million Americans This Weekend. Here's How to Stay Safe

By Katie Reilly and Josiah Bates

Up to 195 million Americans are set to swelter through a “dangerous and widespread” heat wave that will bake two thirds of the continental United States this weekend. Temperatures are expected to hit 100 degrees and even higher in many parts of the Midwest and the East Coast.

This “major heat wave” follows the hottest June on record worldwide, with the global average temperature 1.7 degrees Fahrenheit above the normal for the month. Some have predicted this month could become the hottest July on record as well.

Up to 195 million Americans are set to swelter through a “dangerous and widespread” heat wave that will bake two thirds of the continental United States this weekend.
National Weather Service

The one mercy is that the worst of the heat wave will be short-lived. The high temperatures are expected to last through the weekend in the Northeast and start to go drop early Monday. Temperatures in the Midwest should start to go down Saturday night.

Where in the U.S. will it be the hottest this weekend?

The hottest weather this weekend is going to extend from the Midwest, into the Ohio Valley and then into the Northeastern part of the country.

“A large dome of high pressure will allow high temperatures to surge into the 90s and 100s in many locations, while heat indices will top 100 and approach 110 degrees or higher. There also will be no relief at night, as low temperatures remain in the upper 70s and 80s,” the National Weather Service said.

The Weather Service has issued heat advisories and excessive heat warnings — meaning the maximum heat index temperature is expected to be at least 100 and 105 degrees, respectively, for at least two days, with night temperatures remaining above 75 degrees — throughout much of Iowa, Missouri, Arkansas, Illinois, Nebraska and Kansas. There are also heat advisories for eastern parts of Virginia, North Carolina, South Carolina, Delaware and New Jersey, with an excessive heat warning in the Philadelphia area.

The Weather Service also says to expect a number of record highs and hot overnight temperatures.

To make matters worse, the extreme heat is going to be coupled with oppressive humidity of 58% in some parts of the country.

“We not only have the dangerous heat but we also have the humidity and the two of them combined is what’s going to be causing the dangerous conditions,” Tony Zartman, a meteorologist with AccuWeather tells TIME. “A lot of times we just have this heat and not this humidity going with it.”

We can thank Barry, the tropical storm that briefly strengthened into a hurricane when it hit the Gulf Coast last weekend, for the humidity Zartman says. The humidity is coming from all the rain that Barry brought, making the heat wave much more dangerous.

Many cities including, Philadelphia, Chicago and New York City, are operating cooling centers as to help residents escape the “extremely dangerous heat.” Officials are encouraging people to stay inside in air-conditioning, remain hydrated, check on neighbors who might be especially vulnerable to heat and be careful about strenuous outdoor activities.

The hottest weather this weekend is going to extend from the Midwest, into the Ohio Valley and then into the Northeastern part of the country.
National Weather Service

New York City Mayor Bill de Blasio has declared a heat emergency for the city and has directed large office buildings to conserve their energy.

“We are about to enter a heat emergency, and must do all we can to keep New Yorkers safe,” Mayor de Blasio said in a statement. “The City government is limiting its energy use to reduce strain on the electrical grid, and now private office buildings will also have to do their part.”

Chicago is also taking measures to protect its residents. Along with opening cooling centers, many of the Chicago agencies will be conducting wellness checks and outreach to some of the more vulnerable citizens.

Many people assume things will cool off at night, but Zartman with AccuWeather says that will not be the case this weekend.

“We’re not going to see that happen. Tomorrow night we’re only expecting a low temperature of 84 degrees in many of these places. It’s so humid the temperature is not going to be able to drop off,” Zartman says.

What do the laws say about working in extreme heat?

The Occupational Health and Safety Administration (OHSA) recommends that workers who are exposed to heat should find ways to have work/rest cycles and frequently drink water.

Workers should also be on the lookout for symptoms of heat-related illness in their co-workers or themselves.

The OHSA says that if the temperature is between 103 degrees and 115 degrees, additional precautions should be taken to protect workers.

Extreme heat causes more fatalities than any other weather hazard in the country, including hurricanes and tornadoes, according to the National Weather Service. And scientists have warned that incidents of extreme heat are likely to occur even more frequently and for longer periods of time due to climate change. In a paper published in April, researchers at Princeton found that compound heat waves, occurring back-to-back, will become more frequent in the future and will pose greater health and safety risks as global warming worsens.

What can you do to stay safe?

Officials in many of the cities hit hardest by the heat wave recommend that people stay somewhere where there is air conditioning.

Experts also recommend drinking plenty of water, refraining from doing exhausting work outside and try to conserve electricity to reduce the strain on power grids, which will be especially severe with air conditioners running.

Write to Katie Reilly at Katie.Reilly@time.com and Josiah Bates at josiah.bates@time.com. 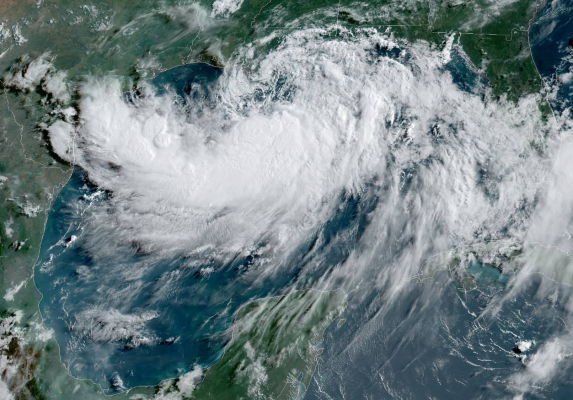