Last year’s record heat marks the latest in a string of more than a decade of hot years. Scientists project 2016 will be even hotter. Record temperatures are irrefutable, but that doesn’t mean everyone agrees that man-made climate change has caused them.

Global warming skeptics attribute record temperatures to normal variations in the Earth’s atmosphere. Most scientists have long said that the skeptical explanation may be theoretically possible, but it’s incredibly unlikely. Now, new research shows just how unlikely the explanation is. The odds that 13 of the 15 warmest years on record would have occurred between 1998 and 2014 without human influence stand at somewhere between 1 in 5,000 and 1 in 170,000, according to new research from scientists at Pennsylvania State University and elsewhere. The chances become even slimmer when including 2015’s record temperatures.

“2015 is again the warmest year on record, and this can hardly be by chance,” said study author Stefan Rahmstorf of the Potsdam Institute for Climate Impact Research in a press release. “Natural climate variations just can’t explain the observed recent global heat records, but man-made global warming can.”

The study, published in the journal Nature Scientific Reports, relies on historical data and computer models to project the likelihood of record temperatures. The researchers took into account that years of record temperatures are likely to occur together as climate patterns often extend from one year to another.

The research adds to growing confidence among scientists that humans have driven global warming by emitting carbon dioxide from fossil fuels that traps heat in the atmosphere. The most recent report from the Intergovernmental Panel on Climate Change, the United Nations scientific body charged with assessing the science on global warming, says that the body is 95% sure that humans are the primary cause of warming. Many climate scientists have criticized the body’s assessment as too conservative. 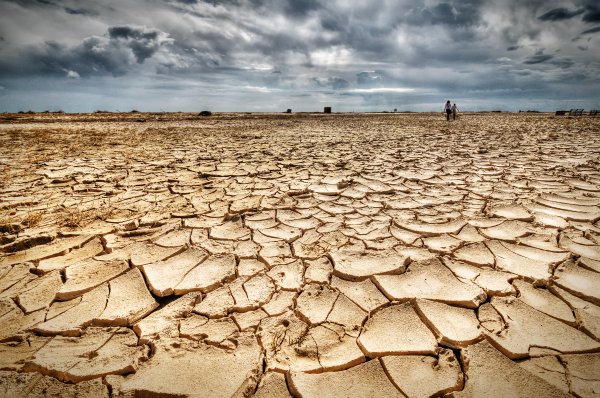 2015 Was the Second-hottest Year on Record in the U.S.
Next Up: Editor's Pick