The image shows the upcoming IOS 13.0 update that will includes emojis where users can choose couples with various skin tones and genders to hold hands.
Curtesy of Apple
By Nadia Suleman

July 17 marks World Emoji Day and in celebration, Apple teased a set of new emoji it will release with the next iOS update, 13.0, this fall. As July 17 is the date shown on the calendar emoji, it’s only fitting.

Emoji have gone beyond being a simple way to communicate emotions to a fully-fledged cultural phenomenon. The word ’emoji’ was an Oxford Dictionary Word-of-the-Year winner in 2015. And they were even turned into a 2017 movie that generated over $200 million.

What emoji will Apple release next?

Over 200 emoji are set to be released with the 13.0 update, according to emoji blog Emojipedia. This upcoming collection will have a large focus on inclusion and accessibility. Some of the upcoming emoji will include people who use hearing aids, wheelchairs, guide dogs and people with prosthetic limbs.

Previously, emoji featuring more than one person were the default yellow but with the upcoming update, users can now select the skin tone along with the gender of couples holding hands to include those who are in interracial relationships. Some of the other emoji featured in the upcoming launch include a sari, falafel, flamingo and the much-anticipated waffle.

It is safe to say emoji are here to stay but where did they originate?

What’s the history of emoji?

The origins of the word ’emoji’ are Japanese, where it translates to “picture character.” But long before the emoji, however, there was the emoticon. According to Encyclopedia Brittanica, the emoticon originated in 1982 at Carnegie Mellon University where Dr. Scott E. Fahlman asked that jokes and serious topics on an online message board be depicted with either smiling face :-) or frowning face emoticons :-( to represent intent. The symbols spread beyond Carnegie Mellon and entered the realms of internet chatrooms and websites.

The first creation of the emoji we know and use today was created by Japanese artist Shigetaka Kurita in 1999. He only had 144 pixels to use to make his original sketches, he tells CNN in an interview. He said he created the emoji to create an efficient flow of information for those working at a telecommunications company in Japan, creating 176 designs in the process.

At first, the emoji only circulated in Japan with other media competitors stealing the concept to create emoji for their own use. It wasn’t until the late 2000s when American companies like Apple and Google saw the role that emoji could play.

Classic emoji like the crying with joy, red heart and thumbs-up emoji typically rank among the most used on Twitter. There is no way to measure what emoji are most widely used over texts. However, every July 17, Emojipedia announces the World Emoji Awards, and gives them to the emoji from the latest update with the most page visits on the blog’s site. This year’s winner was the smiling face with hearts emoji, followed by the pleading face and woozy face emoji.

While emoji can capture a myriad of emotions with one image, many emoji have been misinterpreted from their original meanings. With emoji originating from Japan, some don’t always translate. What many people know as the praying emoji, or even less commonly the high-five emoji, is actually neither. The actual meaning behind the 🙏 emoji is supposed to represent the thank-you gesture in Japanese culture.

Many interpret the 😪 emoji as a sad or tired person with a tear falling from their eye, but the “sleepy face” emoji represents a person who is falling asleep, with the “teardrop” actually being mucus. Grossed out? Well, this is a common depiction in Japanese culture.

What are some of the most controversial emoji?

Apple isn’t perfect and iOS users have no trouble pointing out when an emoji doesn’t meet their criteria.

Arguably the most controversial emoji created was the handgun. Bringing attention to mass shootings and police brutality, more people criticized the need for the handgun emoji. In 2015, a middle school student faced felony charges for sending an Instagram comment that read “Watch out, I’m coming” followed by a gun, a knife and a bomb emoji. Additionally, a French man who was sentenced to three months in jail for sending his girlfriend a “death threat by image” by using the emoji. In the midst of Apple’s effort to offer broader, more inclusive emoji in its collection, the handgun was replaced with a squirt gun.

The bagel emoji also sparked a controversy of its own as many users complained about the manufactured appearance and the lack of cream cheese on the bagel. Cream cheese manufacturer Philadelphia started a petition for Apple to change the “dry, sad bagel emoji.” Nearly 1,300 people stood in signed the petition with one supporter commenting “Bagels without cream cheese is a sin against mankind.”

Apple listened to the cream cheese fans and updated the emoji with a healthy schmear of cream cheese and a more detailed bagel.

Apple and the Unicode Consortium, the company in charge of emoji design and development, faced similar criticism with the original launch of the lobster emoji. Most lobster lovers and Mainers were thrilled that the crustacean would be a part of the emoji lineup, including Maine Sen. Angus King who tweeted his excitement.

Others, however, were quick to point out that the emoji was anatomically incorrect with the lobster missing its two back legs and the tail being misshapen. Once the uproar brought it to Unicode’s attention, the lobster was redesigned.

On Twitter, users are taking celebrating World Emoji Day by sharing riddles, art and even the week’s forecast in, you guessed it, emoji. 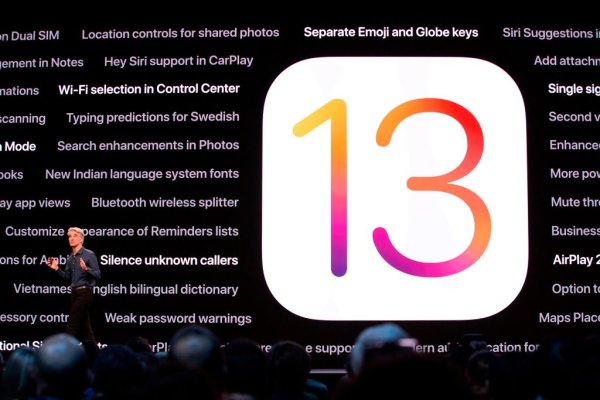 I've Been Using Apple's New iPhone Software Out Later This Year. These Are My 7 Favorite Features
Next Up: Editor's Pick