Black Lives Matter activist DeRay McKesson called criticisms of the movement a distraction from issues of police brutality and racism, which activists have sought to bring to light.

In an interview with USA Today, not long after his release from a Louisiana jail after he and 100 others were arrested while protesting, McKesson said those who don’t agree with the movement will do “everything in their power” to discredit it.

“It’s not a new tactic, and we know it’s not an honest tactic,” he told USA Today. “We should not have to protest. We’re in the street because police have killed people. We would love to go home, but we can’t go home. We are unwilling to go home.”

In the wake of the shooting death of five police officers during a peaceful protest in Dallas—a protest that was staged after the shooting deaths of Philando Castile and Alton Sterling by officers in Minnesota and Louisiana—criticism of Black Lives Matter has grown. In an interview on Sunday, former New York Mayor Rudy Giuliani called Black Lives Matter “inherently racist.” 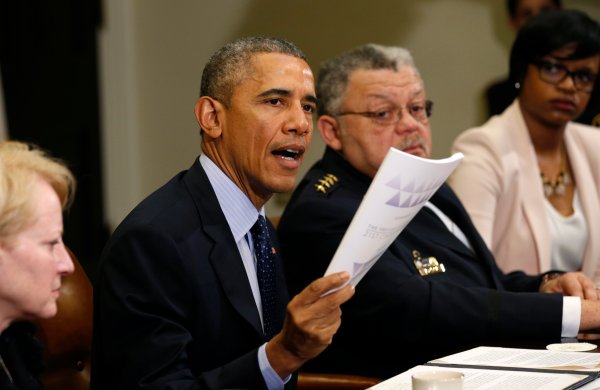 President Obama's Police Reform Remains a Work in Progress
Next Up: Editor's Pick