Big Little Lies is truly the show that keeps on giving. Not only is Meryl Streep joining the cast of the hit HBO drama, but there’s apparently a scene where Reese Witherspoon throws an ice cream at her.

In a photo from the season two set that began making the online rounds on Wednesday, Witherspoon can be seen in character as Madeline Martha Mackenzie furiously chucking the cone at Streep’s Mary Louise Wright—the mother-in-law of Nicole Kidman’s character, Celeste—as she walks away from her.

Fans were quick to latch onto the glorious shot, with some speculating over what happened in the moments following the ice cream’s release. “I am praying Reese pelts Meryl with that ice cream,” one tweeted.

Thankfully, Witherspoon chimed in to solve the mystery. “Oh Matt! No need to pray,” she responded. “I got her!” 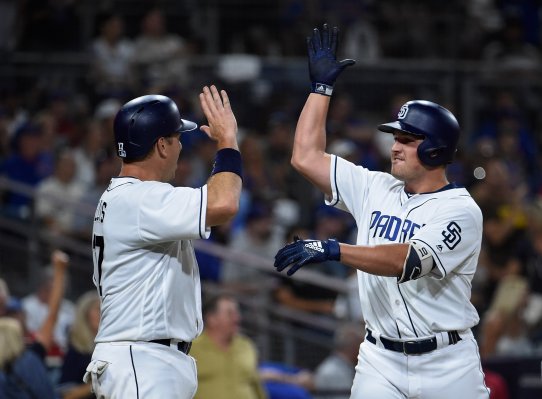 This Teen Is Not Here for Adult Dancing at Baseball
Next Up: Editor's Pick