Democrats Were Struggling to Unify After a Raucous Week. Then President Trump Tweeted

Tensions in the Democratic Party were almost boiling over in the last two weeks, with the four high-profile, outspoken House freshmen known as “The Squad” openly at odds with House Speaker Nancy Pelosi. There were even accusations that Rep. Alexandria Ocasio-Cortez was “playing the race card” in her criticism of the Democratic leader.

On Sunday morning, the President aimed his Twitter ire at the group of progressive Congresswomen, suggesting they “go back” to their native countries. Trump never specified who he was referring to, but it was clear to Democrats who he meant: Ocasio-Cortez and fellow Reps. Ilhan Omar, Ayanna Pressley and Rashida Tlaib, all of whom are women of color. All four are also U.S. citizens, a prerequisite to serving in Congress. Ocasio-Cortez was born in New York City; Pressley was born in Cincinnati, Ohio; and Tlaib was born in Detroit. Omar was born in Somalia, but moved to the United States at a young age.

Trump’s tweets came amidst public tensions between the quartet and House leaders. The four members of Congress were outraged after House Democrats banded together to pass a Senate version of a border aid funding bill they opposed, and the dissatisfaction only increased after House Speaker Nancy Pelosi chided them in an interview with the New York Times on July 6. “All these people have their public whatever and their Twitter world,” she said. “But they didn’t have any following. They’re four people and that’s how many votes they got.”

Trying to quell the rising tensions, Pelosi subsequently admonished her caucus for allowing their intra-party divisions to spill into the public eye. “We’re a family and we have our moments,” she told members at their weekly meeting on last Wednesday, according to a source in the room. “But we’re all a resource to each other and we must never undermine the strength of anyone in our caucus.” Although she never mentioned the four lawmakers by name, many presumed she was talking about them.

Trump’s tweets appeared to be commentary on the rift between “The Squad” and Pelosi.

“So interesting to see “Progressive” Democrat Congresswomen, who originally came from countries whose governments are a complete and total catastrophe, the worst, most corrupt and inept anywhere in the world (if they even have a functioning government at all), now loudly and viciously telling the people of the United States, the greatest and most powerful Nation on earth, how our government is to be run,” Trump tweeted on Sunday morning. “Why don’t they go back and help fix the totally broken and crime infested places from which they came. Then come back and show us how it is done. These places need your help badly, you can’t leave fast enough. I’m sure that Nancy Pelosi would be very happy to quickly work out free travel arrangements!”

The reaction from Democrats was swift and collective. For the first time since the brouhaha over border funding bubbled to the surface, leadership completely aligned with the four women Trump was attacking. All agreed the President’s rhetoric was highly inappropriate, tinged with racism, and required severe condemnation. “He’s been racist before. This is a wild escalation of his previous racist rants,” one Democratic leadership aide told TIME.

On Monday, Pelosi announced that House Democrats, led by Reps. Tom Malinowski and Jamie Raskin, would introduce a resolution condemning the comments, and called on Republicans to join them. “The House cannot allow the President’s characterization of immigrants to our country to stand,” she wrote in a letter to her colleagues.

Even Republicans, who largely remained publicly silent, took notice. “The Democrats were very divided and Republicans could have exploited that,” one former Senate Republican aide wrote in a text to TIME on Sunday. “Instead Trump just gave them the gift of something to unify around.”

As the women replied to Trump on Twitter, House leadership was right alongside them. Pelosi responded within two hours, calling the comments xenophobic and divisive. “When [Trump] tells four American Congresswomen to go back to their countries, he reaffirms his plan to ‘Make America Great Again’ has always been about making America white again,” she tweeted.

Her top deputies were even more explicit: “[President Trump’s] tweets today were racist, wrong, & run counter to our nation’s values,” Majority Leader Steny Hoyer tweeted. “Our diversity is what makes us stronger. House Dems will continue to stand together & reject his divisive, xenophobic policies & rhetoric. It is shameful that he continues to demean the presidency.”

Moderate Democrats, who only days ago had been criticized by the quartet for pushing the border funding bill also jumped to their defense. “America is a nation that is not defined by a single race, color, or creed. As an immigrant, I love this country as much as any other U.S. born citizen, and that’s why I chose to serve,” Rep. Stephanie Murphy, a co-chair of the moderate Blue Dog caucus who is herself a refugee from Vietnam, wrote on Twitter.

That display of unity, however, only seemed to embolden the President. “So sad to see the Democrats sticking up for people who speak so badly of our Country and who, in addition, hate Israel with a true and unbridled passion. Whenever confronted, they call their adversaries, including Nancy Pelosi, “RACIST,” he wrote Sunday evening. 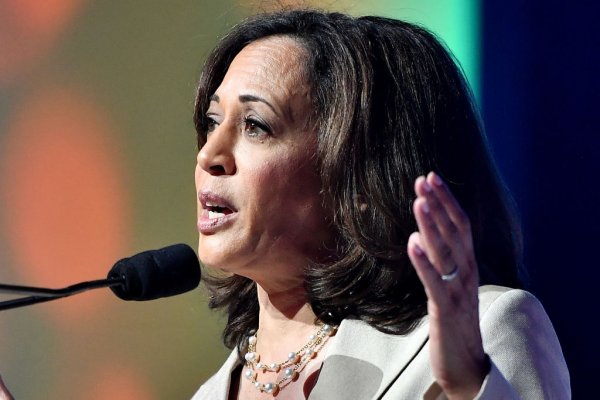 Bill Seeks to Create Bill of Rights for Domestic Workers
Next Up: Editor's Pick