A group of House Democrats expressed outrage at the conditions inside migrant detention centers after touring federal facilities in El Paso and Clint, Texas, on Monday.

New York Rep. Alexandria Ocasio-Cortez condemned the facilities as unsanitary and “dehumanizing” in a series of tweets.

Ocasio-Cortez said one detainee had described her treatment by officers as “psychological warfare – waking them at odd hours for no reason, calling them whores, etc. Tell me what about that is due to a ‘lack of funding?'”

In a video posted to Twitter, California Rep. Judy Chu said women held in the El Paso facility had told them they didn’t have running water and been told to drink from the toilet if they were thirsty.

Chu and Rep. Joaquin Castro also said one woman suffering from epilepsy had not been given access to her medication. “The humanitarian crisis is the one our government is creating,” Chu said.

Texas Rep. Joaquin Castro tweeted that lawmakers had found “women from Cuba, some grandmothers, crammed into a prison-like cell with one toilet, but no running water to drink from or wash their hands with. Concrete floors, cinder-block walls, steel toilets.”

Speaking to CNN, U.S. Border Patrol Chief of Operations Brian Hastings denied the accusations that women had been forced to drink from toilets, saying there were “ample supplies” and that “a lot of our stations look like Costco.”

The lawmakers also criticized the behavior of officers during their visit. Rep. Joe Kennedy said the Customs and Border Protection agency had been “very resistant to Congressional oversight”. “They tried to restrict what we saw, take our phones, block photos and video. Atmosphere was contentious and uncooperative.”

Ocasio-Cortez said she had “caught officers trying to sneak photos, laughing” as the group toured the facility.

“CBP’s ‘good’ behavior was toxic. Imagine how they treat the women trapped inside,” she said, adding that women had told her they had only been allowed to move inside the facility and shower after the group’s visit was announced last week.

Castro was “able to get a device in,” according to Ocasio-Cortez, and captured some images of the women and rooms inside one center.

The tours took place hours after investigative news outlet ProPublica reported that roughly 9,500 current and former border patrol agents are members of a closed Facebook Group where posts of racist and sexist content, including attacks on migrants and Ocasio-Cortez, have been shared.

Ocasio-Cortez said the report revealed a “violent culture” inside the CBP. “This isn’t about ‘a few bad eggs,'” she said.

The congresswoman also responded to online news reports citing unnamed sources that she had screamed at officers “in a threatening manner” during the tour. “They confiscated my phone, and they were all armed. I’m 5’4,” she said. “They’re just upset I exposed their inhumane behavior.” 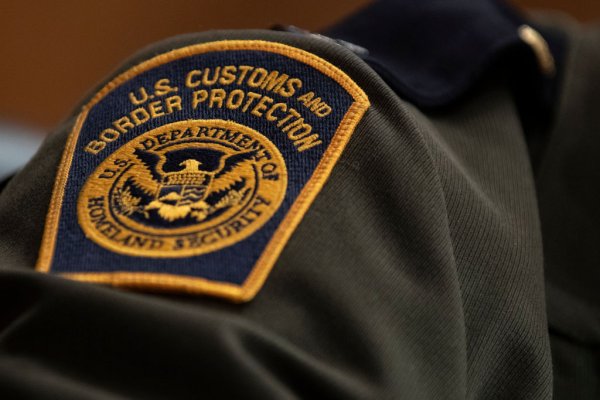