Already in 2018, women candidates have broken the records for the number of candidates for governor, U.S. House and U.S. Senate. And that trend continued in the 2018 midterm elections.

The U.S. House of Representatives elected a record number of women, with at least 90 women expected to make their way to Washington, D.C. in January.

Some trailblazing candidates fell short — like Democratic Vermont gubernatorial candidate Christine Hallquist, who would have become the nation’s first openly transgender governor. Hallquist lost to incumbent governor Phil Scott, who has served since 2017, in the general election.

Here’s a closer look at some of the women who made — or could make — history in the 2018 midterms.

These candidates made history

Became the first openly bisexual senator and the first female senator from Arizona.

Sinema is known as a more moderate Democrat in the House, voting with Trump’s position nearly 60% of the time, according to FiveThirtyEight. She opposes Medicare for All and abolishing the Immigration and Customs Enforcement agency.

Sinema, a former social worker who was homeless for part of her childhood, became the first openly bisexual member of the U.S. House of Representatives in 2013.

Her platform included improving the state’s economy and keeping the state free of income tax. During her campaign, Noem told CBS News that female voters don’t “just want to talk about women’s issues,” and said that she focused her campaign on her experience and ideas.

Deb Haaland poses for a portrait in Albuquerque, N.M., on June 4, 2018.
Juan Labreche—AP//Shutterstock

Became one of the first Native American women elected to Congress.

Haaland, a member of the Laguna Pueblo tribe, will become one of the first Native American women elected to Congress alongside Democrat Sharice Davids, who won Kansas’ 3rd Congressional District. Two Native American men — both Republicans — currently serve in the U.S. House of Representatives.

Haaland’s platform included advocating for Medicare for All, subsidizing early childhood care and education and protecting and expanding an Obama-era immigration policy that allowed people brought to the United States illegally as children to defer deportation.

“It’s not that native women haven’t tried. Ada Deer tried. Kalyn Free tried. Denise Juneau tried a couple years ago,” Haaland told TIME in June. “I’m not exceptional. I didn’t grow up with privilege. I almost feel like my winning is a shoutout to democracy everywhere.”

Democratic candidate for Kansas's 3rd Congressional District Sharice Davids, is greeted by supporters during a rally at a field office on Nov. 5, 2018 in Overland Park, Kansas.
Whitney Curtis/Getty Images

Became the first Native American woman ever elected to Congress.

Davids, a member of Wisconsin’s Ho-Chunk Nation tribe and an open lesbian, is also the first openly LGBT person to represent Kansas in Congress. Her win comes amid renewed discussions about the barriers Native Americans face while voting in the U.S.

Blackburn, who has received support from President Donald Trump, defeated Democratic candidate Phil Bredesen, who served as Tennessee’s governor from 2003 to 2011.

Despite her history-making win, Blackburn has made a point not to highlight her gender. She famously preferred to be called “congressman” when she entered the House, and she told the Washington Post in May when asked about the potential significance of her Senate bid: “I don’t campaign on the gender issue.” But a spokesperson for her campaign did say that anyone who doubted her ability to win in November was “just a plain sexist pig.”

Rashida Tlaib is shown in front of the Michigan Capitol after her election as the first Muslim woman to serve in the state House.
Al Goldis—AP/Shutterstock

Rashida Tlaib, a Democratic Michigan state representative, became one of the first Muslim women in Congress after winning Michigan’s 13th Congressional District in the 2018 midterms. She ran unopposed after winning the Democratic nomination for former Rep. John Conyers’ seat in Congress in August.

Tlaib was born to Palestinian immigrants in Detroit and served in the Michigan House from 2009 to 2014. She also worked as an attorney as the Sugar Law Center for Economic and Social Justice. Her platform included immigration reform, Medicare for all, a $15 minimum wage and debt-free higher education.

Omar, who came to the U.S. as a refugee, is also one of the first Muslim women in Congress, a distinction she shares with Rashida Tlaib, who won a seat for Michigan’s 13th Congressional District.

Alexandria Ocasio-Cortez, a 29-year-old activist from the Bronx, became the youngest woman elected to Congress in the 2018 midterms, defeating Republican Anthony Pappas in the race for New York’s 14th Congressional Distrct. In June, Ocasio-Cortez pulled off a stunning upset in the primary for the seat, defeating 10-term congressman Joe Crowley.

Republican Elise Stefanik previously held the distinction: she was elected to the House of Representatives in 2014 at age 30. Aside from her age, Ocasio-Cortez has attracted attention for her platform, which she described as democratic socialism. She has advocated for Medicare for All, a $15 minimum wage and housing as a human right, among other things.

Ayanna Pressley, the first black woman to serve on Boston’s City Council, became the first black Congresswoman from Massachusetts in the 2018 midterm elections. She had no Republican challenger.

Pressley argued that her majority-minority district should be represented by a person of color. Her platform differed little from Capuano, who has been a consistent progressive vote in Congress. As a sexual assault survivor, Pressley has fought to end sexual violence and gun violence. She also advocated for defunding Immigration and Customs Enforcement and Medicare for All.

Democrat Lou Leo Guerrero, the current President of the Bank of Guam, will become the first female governor of Guam after winning the gubernatorial election on Nov. 6. Guerrero defeated Republican Ray Tenorio, the state’s current Lieutenant Governor. She won with just over 50% of the vote, preventing a runoff.

“We are extremely grateful for the opportunity given to us to make a positive change for all our people,” Leon Guerrero said, per the Pacific Daily News.

Guam has been led by Republican governors since 2003. Leon Guerrero’s platform included restoring trust in the government, giving small businesses more tax breaks and conducting a pay study for public school teachers, according to the Pacific Daily News. 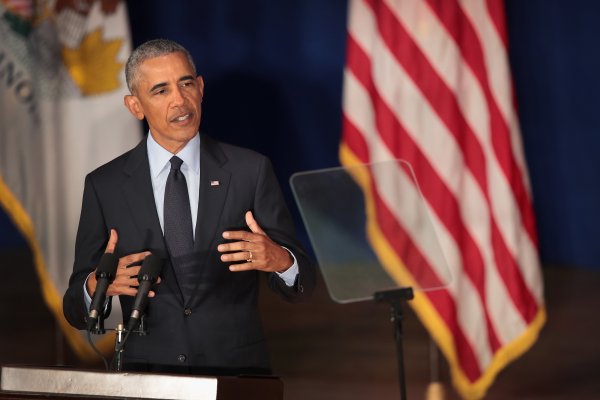