Trump Has Now Had More Cabinet Turnover Than Reagan, Obama and the Two Bushes

Donald Trump has now had more turnover in his Cabinet in the first two and a half years of his presidency than any of his five immediate predecessors did in their entire first terms.

According to data collected by the Brookings Institution, the resignation of Labor Secretary Alexander Acosta marks the ninth Cabinet member to leave the Trump Administration, one more than the previous high under President George H.W. Bush.

The list does not include Energy Secretary Rick Perry, who reportedly has plans to leave.

Three of Trump’s Cabinet members left amid scandals involving misuse of government funds for personal purposes: Price, Shulkin and Zinke. Others left after clashing with Trump, such as Tillerson, who reportedly called the president a “moron.”

The departures also means that Trump has an unusually high number of acting Cabinet members, posts that require Senate confirmation. (Under the Vacancies Act, acting secretaries can serve for up to 210 days.)

Trump has said that he prefers acting Cabinet members.

“I like acting. It gives me more flexibility. Do you understand that? I like acting. So we have a few that are acting. We have a great, great Cabinet,” the president said in January, remarks he repeated in an interview with CBS in February.

The vacancies can have a cascade effect. Esper was formerly secretary of the Army; now, Ryan McCarthy has assumed those duties on an acting basis.

Trump’s appointment of Matthew Whitaker as acting attorney general in November 2018 led to a Supreme Court challenge demanding that Whitaker be confirmed by the Senate. The Supreme Court ultimately rejected the challenge.

Additionally, the turnover for non-Cabinet senior officials in the Trump administration was 74% as of July 8, 2019, according to Brookings.

As the Trump Administration contends with a migrant crisis at the southern border, the Department of Homeland Security has been led by Acting Secretary Kevin McAleenan since Nielsen’s departure in April. Several key immigration agencies — including U.S. Customs and Border Protection, Immigration and Customs Enforcement and United States Citizenship and Immigration Services — are currently being led by acting commissioners. 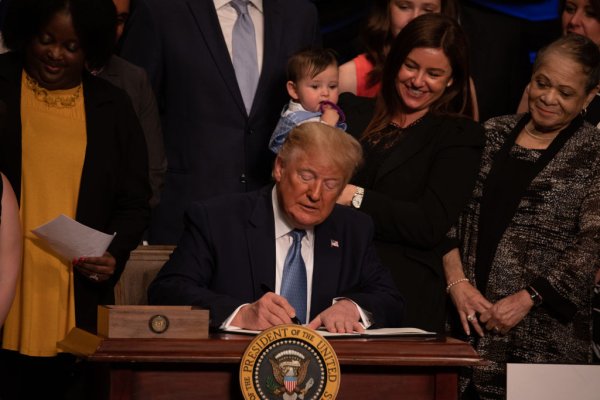