Rick Perry Might Be Planning to Quit as Trump's Energy Secretary

By JENNIFER JACOBS, JENNIFER A. DLOUHY and ARI NATTER / BLOOMBERG

Energy Secretary Rick Perry is planning to leave the Trump administration and is finalizing the terms and timing of his departure, according to two people familiar with his plans.

While Perry’s exit isn’t imminent and one person familiar with the matter said the former Texas governor still hasn’t fully made up his mind, three people said he has been seriously considering his departure for weeks. All of the people spoke on condition of anonymity to discuss private deliberations.

The White House press office didn’t immediately respond to a request for comment.

Perry, an Air Force veteran who was previously Texas’s longest-serving governor, has enjoyed a good rapport with President Donald Trump. Trump personally asked Perry if he’d take over as Homeland Security secretary, before the president asked Kirstjen Nielsen to resign earlier this month, two of the people said. Perry declined, they said.

Perry has been preparing the agency’s deputy secretary, Dan Brouillette, for the transition, two people said. It’s unclear if Trump would name Brouillette as secretary. 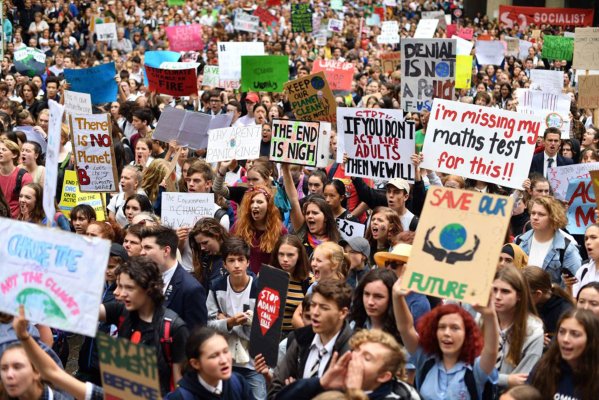 Microsoft Is the Latest Major U.S. Company to Back a Carbon Tax
Next Up: Editor's Pick