Officials in New York have confirmed the spectacular blue light that illuminated the city’s skyline Thursday night was not the work of aliens. But try telling that to people on social media.

The official line on the blue light phenomena is that at around 9:12 p.m. Thursday night there was an electrical surge, followed by an explosion, at a Con Edison substation in Astoria, Queens.

Con Edison spokesman Bob McGee sought to reassure New Yorkers Friday morning. “What people were seeing was an electrical arc flash,” he told CNN. The light was blue because of the nitrogen and oxygen in the air when the electricity arced through it, he added.

But the idea that aliens were somehow involved would not go away, despite assurances from the NYPD.

The blue light was only the latest example of New Yorkers claiming visitors from another world had come to the Big Apple. According to the National UFO Reporting Center, there have been 18 UFO sightings in New York in the last two months.

Others were quick to link the light to the upcoming Men In Black film, parts of which were shot close to Astoria.

Some were quick to liken the blue glow in the night sky to the giant sky-beams (which often portend an alien invasion or the opening of a cosmic portal to another dimension) seen in so many contemporary science-fiction movies.

And for a few New Yorkers, the light signaled the end of days. 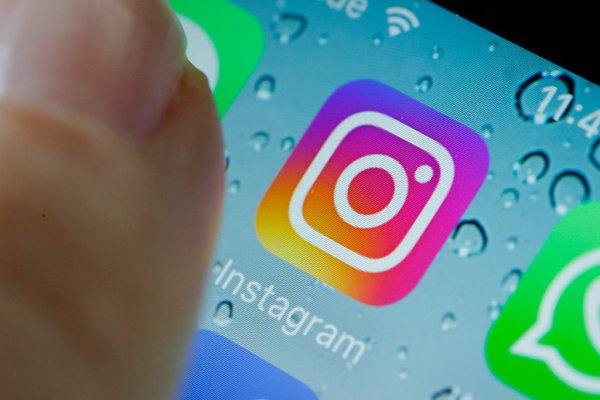 Instagram Accidentally Changed Its App. People Hated It
Next Up: Editor's Pick