We Tried the New Nintendo Switch Lite. Here's What It's Like to Play

Nintendo on Wednesday unveiled the Nintendo Switch Lite, a smaller and cheaper version of its popular console rethought exclusively for handheld use. While the standard Nintendo Switch, released in March 2017, can be played either on a television screen or on the go, the new Switch Lite is strictly for mobile play.

“For us, it broadens our offerings, adds a new addition to the Nintendo Switch family, and it’s an opportunity to bring more players into the Nintendo experience,” Nintendo of America President Doug Bowser tells TIME, which received an early look at the Switch Lite.

The Nintendo Switch Lite, which will be available for $199.99 on Sept. 20, has integrated, non-removable controllers and a thinner form factor that’s more comfortable for handheld gaming. It’s got a 5.5-inch display that’s similar to the mainline Switch’s 6.2-inch screen, and a more traditional D-Pad on the left side. The Switch Lite can run any Switch game, from Nintendo’s own titles (like Super Mario Odyssey) to those in the extensive indie library (like Dead Cells). However, games built around the Switch Joy-Con controllers (like 1-2 Switch) will require users to connect external controllers, though there’s no kickstand for convenient tabletop play. It charges with USB-C, but it won’t work on a TV with the Switch dock.

The Switch Lite will come in three colors: yellow, turquoise and grey, along with a Pokémon version, pictured below. Battery life is expected to be marginally better than the mainline Switch, which lasts between 2.5 to 6 hours depending on what the user’s playing. Nintendo is also releasing a $19.99 case that’ll help keep the Switch Lite from being damaged while getting jostled around in your bag.

Nintendo is aiming the Switch Lite at gamers who are primarily interested in using their Switch as a handheld device, and at families who want to add a second Switch to their gaming arsenal. It could also be attractive to Switch-curious gamers interested in Nintendo’s console but reluctant to spend nearly $300 on the flagship version. “The two systems will complement each other and co-exist in the market, really offering consumers functionality, color and price point options to help them pick the system that best suits how and where they prefer to play,” says Bowser.

Offering two types of Nintendo Switch devices — one of which doesn’t “switch” at all — risks confusing consumers and developers alike. For the former, Nintendo is launching a website designed to help buyers choose between the options, but their choice will really come down to whether or not they want to connect their Switch to a TV while gaming at home. When it comes to the latter, Bowser says that he expects game creators to concentrate on the flagship Switch console, with the Switch Lite potentially expanding their possible audience.

“Our developers will be very focused on the Nintendo Switch flagship device, and building games that utilize the capability of that machine,” says Bowser. “With the vast majority of existing games already compatible with both devices, that shouldn’t be as much of an issue. But we really want [developers] to focus on making sure that there are great gaming experiences on both platforms. And it’s based on the type of game they want to build — if they want to build a game that uses much more motion control, for instance, the flagship Nintendo Switch device will be the right one. But, you could still potentially, using Joy-Cons, play it on the Nintendo Switch Lite.”

The Switch Lite, the first entirely new version of the Nintendo Switch since its launch, comes at a key moment for the Kyoto-based gaming company. Its two main rivals in the game console world, Sony and Microsoft, both recently revealed new details about their upcoming next-gen consoles, while tech firms like Google are making intriguing high-tech inroads into the gaming business, putting pressure on Nintendo to respond. And while the Nintendo Switch last year became the fastest-selling console in the U.S., more recent sales figures have come in below Wall Street analysts’ expectations (though they were in line with company guidance). If the Switch Lite is well-received by fans and shareholders alike, it could give Nintendo fresh legs in a tough market.

That’s likely to be the case. After my 30 or so minutes with the Switch Lite, I came away impressed. I’m a longtime handheld gaming fan — my childhood is best expressed as a series of Game Boys (Games Boy?) — and I almost always use my Switch in handheld mode, even when I’m at home, freeing up the TV for my wife who, try as I might, has close to zero interest in Super Smash Bros. The Switch Lite is lighter and easier to hold than its thicker, heavier hybrid brethren, and while the screen is slightly smaller and hasn’t been upgraded, it’s still a perfectly fine 720p display, and games like Breath of the Wild look as beautiful as ever. If I were in the market for a Switch later this year, I can already tell this is the model I would pick. Still, expect our full review of the Nintendo Switch Lite later this year. 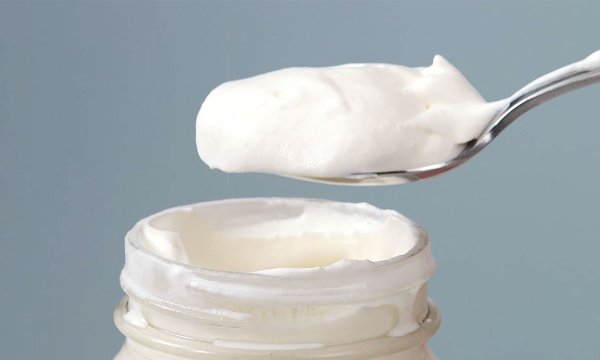 Say Hello to the Lovable 'Whipped Cream' Pokémon Whipping Up a Frenzy
Next Up: Editor's Pick