For those who self-identify as gamers, chances are you have — or at least know someone with — a Nintendo Switch. The Switch was the best-selling console in 2018, thanks in no small part to Nintendo’s own popular titles, like Breath of the Wild and Super Mario Odyssey. Nintendo now says Switch sales will be lower this year than what it originally expected. But it’s also been following a new strategy that could help it keep the Switch cooking: going all-in on independent video games from tiny studios.

Indie game developers have benefitted mightily from the age of Internet-connected consoles, which offer digital stores that make it easy for gamers to spend a few bucks to download quirky games from small teams. Titles like Battle Chef Brigade and Bastion started small, but quickly became major hits. Still, Nintendo was slow to embrace the indie game development world.

“I think historically, Nintendo’s been a ‘first-party first’ company,” says Oli De Vine, co-founder of Ghost Town Games, maker of popular chaotic kitchen sim Overcooked. “Prior to the Switch, Nintendo didn’t have much in terms of indie outreach.”

Indie developers like De Vine say Nintendo’s attitude towards them started to change right as the Switch launched in March of 2017.

“It became very clear when the Switch came out, Nintendo, who have been really fantastic since, had started reaching out aggressively,” says Nigel Lowrie, co-founder of publisher Devolver Digital, which recently released the jazzy and violent beat-em-up Ape Out, available on both Switch and PC. “They were contacting us, other devs, other pubs, engaging with us at PAX and GDC, making a conscious effort to see what we were up to … and to this day are pretty active in checking in to see what we have coming and working to promote our games side-by-side with their games, which is impressive to see.”

Lowrie says Nintendo’s embrace of indie developers came at exactly the right moment. “This coincided with this sort of indie revolution or renaissance that’s been going on as of late,” Lowrie says. “With the Wii, indie games were just, at least as we know them today, just starting to emerge on the scene.” That renaissance came about thanks in part to new development tools, which made it easier for creators to make high-quality games at lower cost.

What does Nintendo get out of all this? While the Switch is an innovative console — you can play it on your home TV or on the go — it lacks the processing power and graphical fidelity of rival consoles, like Sony’s PlayStation 4 or Microsoft’s Xbox One. As a result, the biggest game companies, like Electronic Arts and Activision Blizzard, often choose to skip releasing Switch versions of their latest and greatest titles, like Call of Duty or Anthem. Indie games can make up for their absence, dramatically increasing the diversity of games available to Switch owners.

“It’s an open secret with Nintendo that they’ve not tried to keep pace with the graphical fidelity of other consoles,” says Ghost Town Games co-founder Phil Duncan. “And as such they have to distinguish themselves via the software that’s available.”

Of course, PlayStation and Xbox fans can find plenty of indie games to enjoy, too, to say nothing of PC gamers. But with Sony’s support for indie games waning and Steam — a major PC games marketplace — flooded with middling titles, Nintendo’s Switch has emerged as a top platform for indie developers.

Indie creators say Nintendo has been putting its impressive marketing might behind their titles. In 2017, it added a “Nindies Showcase” (Nintendo + Indies = “Nindies”) category to Nintendo Direct, its ongoing video series for Nintendo-related announcements and updates. Overcooked was featured as a launch title for the Switch during just such an announcement. And it heavily promoted Gris, a narrative platformer lauded by critics for its stunning visuals, despite the fact that it was released within a week of Nintendo’s long-awaited fighting game Super Smash Bros. Ultimate.

“They gave it a strong push, and saw the value in what it could do to their community of players for the Switch,” Lowrie says of Gris, developed by the three-person studio Nomada. “They’ve taken a strong approach on pushing games regardless of scope or scale, as long as they’re of a high quality.”

Developers say the Switch’s hardware has also helped make it an indie game’s Goldilocks planet, the perfect biome for the proliferation of small-scale games. Right down to its processor, the Switch is more like a smartphone than a traditional game console, making it easy for mobile game developers to get their games up and running on the device. Gone is the resistive touchscreen found on the homebound Wii U or stylus-friendly 3DS, replaced with a high-definition capacitive display — again, like your smartphone. And those detachable controllers make local multiplayer standard, opening the doors for more cooperative or competitive games not found on touchscreen-only devices.

Then there’s pricing. Major games run $60 or more, but indie games are often half that or less, making them a godsend to cash-strapped gamers or parents of kids who constantly demand something new to play. Developers say the lower costs can still result in enough profit to put food on the table thanks to volume — provided a game becomes a hit, of course. “It’s been really good for us, and I’ve noticed a lot of other indie developers targeting the Switch for their launch as their first console port,” says De Vine, though he declined to share Overcooked 2’s sales numbers. “It’s certainly a really important platform for us, let’s put it that way.” Still, hitting it big with a game is never a guarantee no matter the size of your team.

For many games developers who grew up playing Nintendo’s consoles, nostalgia is a strong draw, too.

“There’s an intangible element to it all,” says Lowrie. “People just want to see their game on a Nintendo platform because they grew up and still to this day love Nintendo platforms. There’s an emotional aspect that’s really fulfilling.”

The end result is a growing number of independent developers, both nascent and experienced, finding themselves drawn to the Switch not only as a development platform but as a chance to embed themselves into the fabric of the company’s storied history. Unlike its competitors, Nintendo’s secret weapon is one that can’t be developed, acquired, or purchased — memories are the company’s strongest asset. 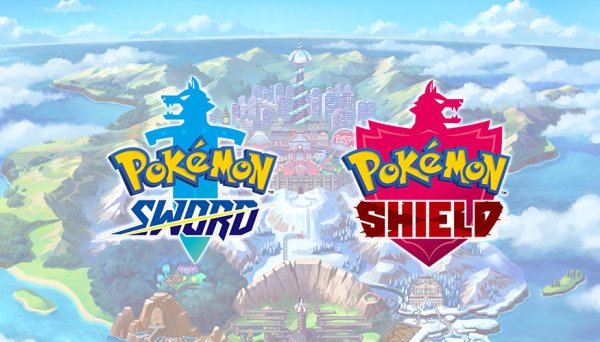 2 Brand New Pokémon Games Are Coming to Nintendo Switch Later This Year
Next Up: Editor's Pick