Federal prosecutors unveiled sex-trafficking charges against wealthy financier Jeffrey Epstein on Monday, revisiting years-old allegations. But their announcement was quickly followed by questions about why prosecutors (led by then-U.S. Attorney, now-Labor Secretary Alexander Acosta) had treated Epstein leniently in the past and why it had taken so long to meaningfully target allegations of sexual misconduct that were long an open secret.

Victims’ advocates and legal experts say the #MeToo movement in the past two years has fueled cultural change, putting pressure on prosecutors to take action and creating public support for the sexual misconduct cases they pursue.

“While the charged conduct is from a number of years ago, it is still profoundly important to the many alleged victims, now young women,” Geoffrey Berman, U.S. Attorney for the Southern District of New York, said at a press conference announcing the charges on Monday. “They deserve their day in court, and we are proud to be standing up for them by bringing this indictment.”

Berman declined to comment on what led his office to revisit the allegations now, but he said prosecutors were “assisted by some excellent investigative journalism” — an apparent reference to a November 2018 story by the Miami Herald that found 80 women who said they were sexually abused by Epstein from 2001 to 2006. It sparked a public outcry over Epstein’s lenient 2007 plea deal from Florida prosecutors, who allowed the billionaire to avoid federal criminal charges, plead guilty to state charges of soliciting a minor for prostitution, register as a sex offender and serve 13 months in jail while being allowed to work in his office six days per week.

In light of the new charges on Monday, the Manhattan District Attorney’s Office has also faced criticism for asking a judge in 2011 to downgrade Epstein’s sex offender status.

“Historically, our criminal justice system has been too quick to let sexual predators go without consequences, and that willingness is multiplied many times for powerful, privileged predators, like Epstein. What’s making a difference now is the brave survivors who have spoken out as part of the MeToo movement and the advocates and journalists who have stood with them.”

The Epstein case echoes several other recent examples of years-old sex abuse claims against high-profile, powerful men being revisited in the wake of the #MeToo movement, resulting in fresh criminal charges. One reason is that the movement has encouraged more women to speak out, raising the public’s understanding about sexual assault, and creating more of an incentive for prosecutors to pursue high-profile cases that may be seen as risky and untenable.

“Given that there might be more of a public openness to holding people of power accountable for sexual assault, it’s possible that [federal prosecutors in New York] said, ‘We’re going to seize this moment to bring these charges,'” says Margo Kaplan, a Rutgers Law School professor who teaches courses on criminal law and sex crimes. “This is probably a better time to bring a case than in 2007 or 2008, given that there are more men being held to accountability.”

The new charges against Epstein, 66 — sex trafficking and sex trafficking conspiracy — relate to alleged sex acts that took place from 2002 to 2005. He is accused of sexually exploiting dozens of girls as young as 14 in his homes in both New York City and Palm Beach, Fla., enticing them with money and recruiting them to give him “massages” that turned sexual. Epstein pleaded not guilty in court on Monday.

There is no federal statute of limitations for child sex trafficking in the United States, per a 2006 federal law that applies to incidents that took place up to five years prior to the law’s enactment.

Berman declined to comment Monday on whether his office decided to bring the charges based on new evidence. But prosecutors said they seized hundreds of “sexually suggestive” nude pictures of young women and girls from Epstein’s New York City home on Saturday. And Berman has asked anyone else who might have been a victim of Epstein to come forward. “We will continue to devote significant resources to investigating these crimes and to protecting young people from sexual predators,” he said.

Epstein’s attorney argued Monday that his plea deal was believed to be a “global agreement” and accused prosecutors of seeking a “do-over.” But Berman said federal prosecutors in the New York district are not bound by Epstein’s 2007 plea agreement with the U.S. Attorney’s Office in Florida.

Meanwhile, Epstein is far from the only person whose alleged crimes have been reexamined in the past two years.

In February — following nearly two decades of sexual misconduct claims — R. Kelly was indicted on charges of aggravated criminal sexual abuse against four victims, included three underage girls, in events said to have taken place from 1998 to 2010. And in June, he was charged with 11 additional counts of sexual assault and abuse related to that case. He has pleaded not guilty to all charges.

The charges came after the premiere of the high-profile documentary Surviving R. Kelly that featured many alleged victims. However, reporters had documented allegations of misconduct for almost two decades.

And last year, the Manhattan District Attorney’s Office brought charges of rape and criminal sex act against Hollywood producer Harvey Weinstein, based on alleged incidents from 2004, 2006 and 2013. Weinstein has pleaded not guilty to the charges, and he has denied dozens of other accusations of sexual assault and harassment against him. A judge dismissed the charge related to the alleged 2004 incident last year, and his criminal trial is expected to begin in September.

Kelly and Weinstein — like Epstein — had emerged largely unscathed from previous charges or criminal investigations before the rise of the #MeToo movement. Kelly was acquitted on 14 counts of child pornography that he faced in 2008. Manhattan District Attorney Cyrus Vance Jr. decided not to pursue sexual abuse charges against Weinstein in 2015, despite allegedly obtaining an audio tape in which Weinstein apologized to Italian model Ambra Battilana for touching her breasts. Vance said his office did not have enough evidence to build a winning case.

“There really is a wave of various high-profile individuals who were protected by the criminal justice system, among other institutions, who are now being examined and are being prosecuted,” says Penny Venetis, a Rutgers Law School professor, who has advocated for child sex-trafficking victims, noting that prosecutors were “certainly were aware of” claims made about Epstein years ago.

“Prosecutors will not indict someone and will not prosecute someone unless they think they have a really good case, and I think there might be a feeling that jurors are now more attuned to allegations of sexual abuse and sexual assault, and more willing to believe that this occurred, including by high-profile, rich, well-connected people.”

In what was seen as the first major sexual assault trial of the #MeToo era, a jury last year found comedian Bill Cosby guilty of sexual assault based on accusations that he drugged and assaulted a woman in his home in 2004. Cosby has denied that accusation, as well as dozens of others against him.

Colby Bruno, senior legal counsel at the Victim Rights Law Center, says prosecutors have likely been motivated by the fact that members of the public and political leaders, alike, have started to pay more attention to sexual abuse allegations and call for justice.

There was a public outcry after the Miami Herald’s reporting on Epstein. In December, Republican Nebraska Sen. Ben Sasse asked the Justice Department to investigate Epstein’s plea deal, writing: “the fact that federal prosecutors appear to have crafted a secret, sweetheart deal for this child rapist should enrage moms and dads everywhere.” This week, House Speaker Nancy Pelosi and other Democrats called for the resignation of Acosta, who in 2007, was the U.S. Attorney in Miami who oversaw Epstein’s plea deal.

Acosta defended his actions based on “the evidence available more than a decade ago.” “Now that new evidence and additional testimony is available, the NY prosecution offers an important opportunity to more fully bring him to justice,” he tweeted Tuesday.

“I think that now that we’re turning our attention and investigating these cases in the appropriate way, we’re uncovering evidence that is so shockingly consistent that we can’t ignore it,” Bruno says. “And I think that’s what the MeToo movement did.”

Still, other observers are hesitant to see this as a sign of lasting progress — especially for the thousands of victims who make allegations against men who are not famous and for those who lack dozens of fellow victims to help build up their case.

“One or two high-profile cases does not make a sea change, especially given how unlikely it still remains for a case to be brought against a high-profile individual. Look how long it took for these charges to come against Epstein and actually potentially result in something resembling prison time for what is really multiple incidents of sex trafficking minors,” Kaplan says. “I wouldn’t use this as evidence that there is suddenly an enormous change in the prosecution of sexual assault and sex trafficking when it involves powerful men.” 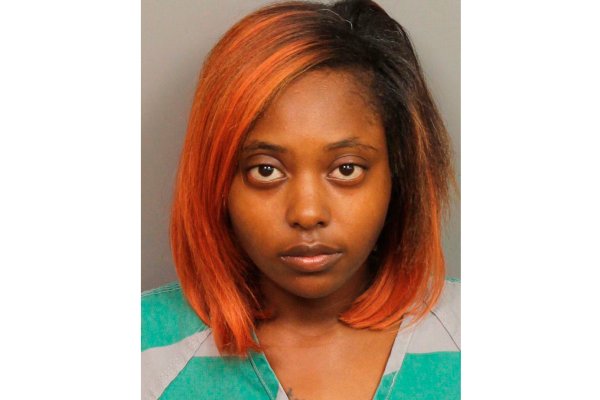 Alabama Prosecutors Drop Charges Against Woman Whose Fetus Died in Shooting
Next Up: Editor's Pick