Bill Cosby Was Found Guilty of Assault. But His Legal Battle Is Just Beginning

Actor and comedian Bill Cosby comes out of the courthouse after being found guilty in the retrial of his sexual assault case at the Montgomery County Courthouse in Norristown, Pennsylvania on April 26, 2018.
Dominick Reuter—AFP/Getty Images
By Katie Reilly

Bill Cosby was found guilty Thursday of three felony counts of aggravated indecent assault against Andrea Constand — a significant development following dozens of allegations of sexual assault against the comedian.

Constand accused Cosby of drugging and sexually assaulting her at his home in 2004, and he now faces up to 30 years in state prison. Cosby’s lawyers have already said they will appeal the verdict.

But Cosby has been accused of sexual assault by dozens of other women, and his legal fight is far from over. Even though Constand’s accusation led to the only criminal case against Cosby — because the statute of limitations had lapsed for many of the other claims — there are still several civil lawsuits pending against him.

These are the legal battles still to come:

At least 10 women have pending civil suits against Cosby — three in California and seven in Massachusetts. The suits accuse Cosby of sexual assault or defamation in cases where Cosby called women liars after they claimed he assaulted them. Cosby has denied all of the accusations against him.

Chloe Goins filed a suit in California in 2016 accusing Cosby of sexual battery during a party at the Playboy Mansion in 2008. Spencer Kuvin, who is representing Goins, said there was a stay placed on the case pending the outcome of the criminal trial. Kuvin said he now plans to move to lift the stay and request a trial date as well as a deposition of Cosby. Kuvin said Goins was “ecstatic” about Thursday’s verdict.

“It’s fantastic,” he said. “For all of the women who have come forward, I think it was vindication for what they’ve been saying all along.”

Judy Huth accused Cosby of giving her alcohol and molesting her at the Playboy Mansion in 1974, when she was 15. Cosby has been deposed in the case, and a status conference has been scheduled for May 23, at which time Huth’s attorney, Gloria Allred, said she will request a trial date. Allred, who represents more than 30 of Cosby’s accusers, praised the outcome of the criminal trial on Thursday.

Former model Janice Dickinson also filed a suit in California in 2015, accusing Cosby of defamation. Dickinson accused Cosby of drugging and raping her in 1982.

“What’s next? My defamation case on behalf of Janice Dickinson against Bill Cosby, which we’ve been fighting and WINNING for 3+ years, goes on,” attorney Lisa Bloom tweeted Thursday. “Mr. Cosby, I’m looking forward to taking your deposition.”

Seven women in Massachusetts — where Cosby owns a home — have also sued him for defamation. The plaintiffs in that suit are Tamara Green, Therese Serignese, Linda Traitz, Louisa Moritz, Barbara Bowman, Joan Tarshis and Angela Leslie. There was a stay placed on the case, pending the conclusion of the criminal trial.

Here’s how the guilty verdict could affect the civil suits

Every case is different, and the criminal conviction does not necessarily foreshadow a similar outcome for the civil cases, which involve different plaintiffs and different sets of evidence. While it’s difficult to predict how judges will handle each of the civil suits, legal experts say a criminal conviction could undercut Cosby’s credibility in the future.

“It adds momentum to the defamation cases,” said Rod Smolla, a First Amendment expert and dean of Widener University Delaware Law School. “The existence of the conviction just automatically pushes everything more in favor of the plaintiffs of those civil cases.”

“What will matter is the extent to which, in the civil cases, the judges presiding allow any of that other crime evidence to be entered in,” Smolla added. “That’s a minefield. That’s one of the most complicated and unpredictable areas of trials.”

A criminal conviction requires a higher burden of proof — “beyond a reasonable doubt” — than a civil case, which requires just a “preponderance of the evidence.” According to legal experts, the fact that a jury found Cosby guilty under a higher burden of proof could bode well for civil plaintiffs, who aren’t required to meet that standard. The outcome of the criminal case could also influence public perception.

“Whenever people bring civil claims or criminal claims alleging sexual assault, the truthfulness of the accuser is brought into a question more often than not,” said Julie Goldscheid, a City University of New York law professor who focuses on civil litigation and gender-based violence.

“This verdict might not technically impact those others cases, but it should, I think, help shift public perception. And to the extent that jurors or judges harbor biases that tend to discredit and discount the accusers, one can hope that this verdict helps to shatter those biases.” 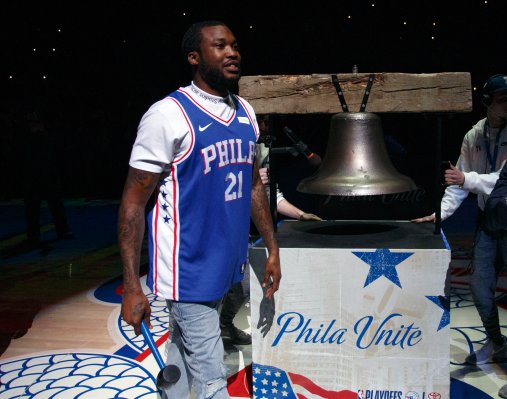 How Meek Mill Became the Face of Criminal Justice Reform
Next Up: Editor's Pick