Is It Time to 'Pass the Torch?' The Generational Dilemma of the 2020 Democratic Primary

About 15 minutes into the second night of the first Democratic Presidential Debate, as decorum was rapidly fraying, 38-year-old California Rep. Eric Swalwell, who has since left the race, slipped in the first jab in what became an extended pummeling of former Vice President Joe Biden:

If one of the 20 candidates who will appear in the second round of Democratic debates Tuesday and Wednesday wins the presidency next November, the hand-off of that torch could be anything from a backward pass to a flaming slingshot across the decades. More than 40 years separate the youngest candidate, 37-year-old Pete Buttigieg, and the eldest, 77-year-old Vermont Sen. Bernie Sanders (who, along with Biden, 76, is older than President Donald Trump and every living president except Jimmy Carter.)

Even if one agrees that it is time for a new generation to assume power, the question remains: Which generation?

Here’s a lineup of how the 20 candidates cluster by age compared to one another and to past presidents, spanning four generations by the common definitions from the Pew Research Center.

What stands out most is that Trump and former Presidents Bill Clinton and George W. Bush look like fraternal triplets. They are separated in age by only 66 days, all born in the late spring or summer of 1946, the first year of the Baby Boomer generation. Likewise, if you scroll down the chart a bit, you’ll see Jimmy Carter and George H.W. Bush were born 111 days apart in 1924. Meanwhile, no one born in the “Silent Generation,” between 1928 and 1945, has ever been elected. Americans purchase our presidents in bulk.

We just don’t elect them in order of age. When George W. Bush passed the torch to Barack Obama, 15 years his junior, it turned out to be less of a pass-off than a loan, given that Trump reclaimed the beacon for the earliest Boomers eight years later.

There is a similar clustering among the Democratic hopefuls, particularly when one looks past the artifice of formal generation definitions. While Obama is technically a late-blooming Boomer, born in 1961, it doesn’t feel as if he was born into the same tranche of American history as Trump. Nor do Biden and Sanders seem dramatically more seasoned than Trump, even though they represent the last, best hope for a Silent President, putting aside “Silent Cal” Coolidge, of course.

So traditional generational definitions can be limiting. For our purposes, a better set of political generations in the 2020 election cycle might look something like this:

Six candidates fall into this cohort, at least three of whom actually have grandchildren: Sanders, Biden, Elizabeth Warren, Jay Inslee, John Hickenlooper and Marianne Williamson. This encompasses the last of the Silent Generation and the heart of the Baby Boomers. Presidents Clinton, George W. Bush and Trump also fall in this range.

The final six: Beto O’Rourke, Tim Ryan, Julián Castro, Andrew Yang, Tulsi Gabbard and Buttigieg are all of the age that they could plausibly have Baby Boomer parents. The last two are technically Millennials, but only by a year or so. And if they’re anything like my fellow Millennials born in the early 1980s, they don’t terribly appreciate being lumped into a generation of 1996 babies who are not intimately familiar with Mark-Paul Gosselaar and Tiffani Amber Thiessen. Look them up, if you must.

At present, the largest age differential between two consecutive presidents is that of Dwight Eisenhower and John F. Kennedy, who were 26.6 years apart — a fact that Kennedy deliberately mentioned in his inaugural, declaring that “the torch has been passed to a new generation of Americans — born in this century.” (Eisenhower was born in 1890.) There were four other presidents born between 1900 and 1920: Lyndon Johnson, Richard Nixon, Gerald Ford (though never elected) and Ronald Reagan, all of whom were older than Kennedy.

Any of the six members of the “Second-Gen Boomers” would shatter the Eisenhower-Kennedy record, and Cory Booker, the youngest of the “Obama Decade” cadre, would also narrowly outpace that gap since he is about 23 years younger than Trump. But breaking that record is far from certain, even if one presupposes that any one of the 20 Democrats wins the presidency. The trail of the Oval Torch has wound its way through the generations in what mathematicians call the “Drunkard’s Walk,” ricocheting back and forth in time. But occasionally it does leapfrog over decades — or even entire generations. The younger Democratic contenders are banking on it being overdue for such a leap. 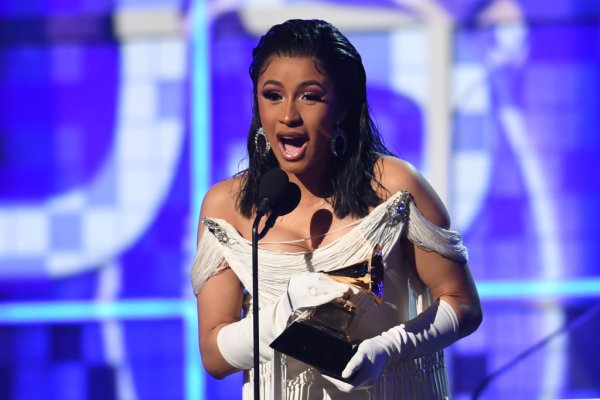 Cardi B And Bernie Sanders Partnered For A Campaign Video
Next Up: Editor's Pick