Stonehenge Has Attracted Summer Solstice Visitors for Centuries, But Some Historians Worry About Its Future

Every year around June 21, thousands of visitors from around the world gather at Stonehenge in southwest England to celebrate the summer solstice. It’s a tradition that is thought to go back thousands of years, ever since Neolithic peoples created what is believed to be a temple aligned with the movements of the sun.

Stonehenge is the only neolithic monument in the U.K. to use stones not from the local area. While some were most likely taken from the neighboring Marlborough Downs, the “bluestones,” weighing around 3.6 tons each, were transported from quarries in Wales that are 180 miles away. Historians still struggle to explain how, in pre-wheel Britain, humans could have managed this architectural feat.

Though its exact purpose remains a mystery, Stonehenge is still sacred to members of Britain’s Druid and Pagan communities, who observe various rituals at the site, including on the summer and winter solstices. But these days, historians, archeologists and local residents worry for the landmark’s future, as digging for a tunnel motorway past the site could start in 2021.

The A303, one of the main routes between London and rural southwest England, passes through the World Heritage Site of Stonehenge and Avebury, creating what many see as a blemish on an important landscape. In December 2014, the U.K. government announced plans to invest in a two-mile-long tunnel to upgrade the road, hiding the section closest to Stonehenge from view — the latest in a series that have been proposed since 1995 to solve the notorious traffic jams around Stonehenge, where the road narrows to a single lane. The National Trust and English Heritage, who between them manage the central core area around Stonehenge, welcomed the proposal, describing it as a “momentous decision” that would remove much of the traffic from the landscape. But anti-tunnel campaigners warn the scheme could cause irreparable harm.

The Stonehenge Alliance, a group made up of NGOs including Friends of the Earth and the Council for the Protection of Rural England, have warned that building a tunnel there would risk destroying the site. “It would betray millennias’ worth of history,” says Tom Holland, a historian and president of the Stonehenge Alliance. “It’s Europe’s most precious prehistoric landscape, and that’s because it’s not just Stonehenge itself, but the entire surroundings that give those stones their significance.”

In addition to the stone circle, the area recognized as a World Heritage Site comprises several complexes of Neolithic and Bronze Age ceremonial and funerary monuments that indicate that hundreds of people were buried there in ancient times. The main concerns about the tunnel have to do with the damage that could be made to archeological remains. “If we start messing around, drilling things, then we don’t know what will happen. We’ll end up not even knowing what it is that we have lost,” says Holland.

Not all archeologists, however, oppose the tunnel. Mike Pitts is an author and archeologist specializing in British prehistory, and one of a few to have excavated within Stonehenge itself. He says that aside from the traffic problem, the road is a “major scar in the middle of the World Heritage landscape” and “the only acceptable solution is to hide it on its existing course.”

“It’s sad, but there is no alternative,” he says.

David Bullock, Highways England project manager for the A303 Stonehenge scheme, says the tunnel will be aligned very carefully, especially on the Western side, where recent discoveries of Mesolithic material provided information about very early settlers. “We’re confident that the route doesn’t disturb any archeology at all,” says Bullock. “But we will do further investigation during the project to add to the overall knowledge of the archeology in the area.”

Still, those who fear for the future of the site remain determined that the project poses a danger to the historical and archaeological record.

And the concerns are not just about the impact on remains. Some worry about the impact that the construction, which is likely to last around five years, could have on various celebrations at Stonehenge. Amanda Hart, one of the elders at the British Druid Organisation, says the roadworks would massively affect the celebrations, and could result in people moving them to a different site, such as the Neolithic henge in neighboring Avebury. “We could move it to Avebury, but it just wouldn’t be the same,” she says. “There is such a deep connection with the site.”

The monument is usually cordoned off, but the summer solstice is one of the rare occasions that the inner circle is open to the public. Though several other festivals take place at Stonehenge throughout the year, the summer solstice attracts the largest audience, which gathers to watch the sun rising through the ancient entrance to the stone circle.

“It would be quite sad if we couldn’t meet together to celebrate the solstice,” says Hart. “It’s a very moving and beautiful event.” 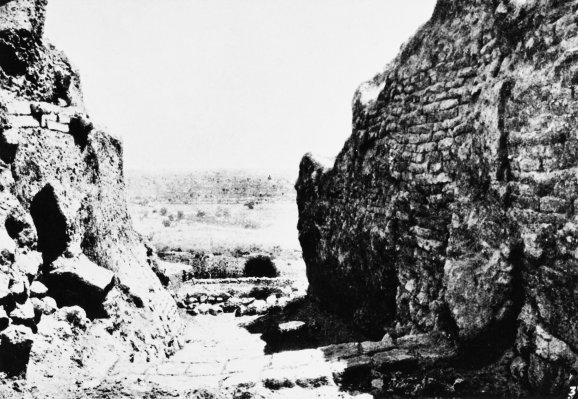 Why Do People Build Walls? The Real Story of Jericho Offers a Surprising Answer
Next Up: Editor's Pick