Stonehenge's Rocks Have Been Traced to 2 Quarries 180 Miles Away

A team of archaeologists may have unveiled one of the mysteries about Stonehenge, the iconic circular monument in southwest England. Rocks called bluestones that form an inner horseshoe and outer ring were traced to two precise quarries in west Wales, around 180 miles away from the towering stone circle.

According to findings revealed this week in Antiquity, an archaeology journal, the team excavated quarries named Carn Goedog and Craig Rhos-y-felin in the Welsh hills and found evidence that bluestones were extracted around 3000 B.C., the same period as the initial stage of construction of Stonehenge.

Past studies have indicated that the bluestones that wound up on the Salisbury Plain originated from the Preseli Hills in west Wales. But now, new research has revealed the exact quarries from which the rocks were lifted, and suggests that they were transported to the site on land, and by hand.

At least five bluestone pillars were taken from Carn Goedog, and at least one from Craig Rhos-y-felin, the study states. Evidence suggests that workers used wedges to loosen pillars from the rock face and tied ropes to control their descent onto an artificial platform. Then, they may have laid timbers on top of the platform so they could be lowered onto a wooden sledge and hauled away.

That prehistoric builders traveled such a far distance to obtain the bluestones sets Stonehenge apart from many of Europe’s other megalithic structures, which are crafted from rocks that were found within the site’s vicinities, the Washington Post reports.

One of the researchers, Michael Parker Pearson suggested that Stonehenge was perhaps a symbol of unity for British tribes during a time of economic and population decline, according to the Post.

“A major event like this would have brought together disparate communities that were growing apart,” he said. 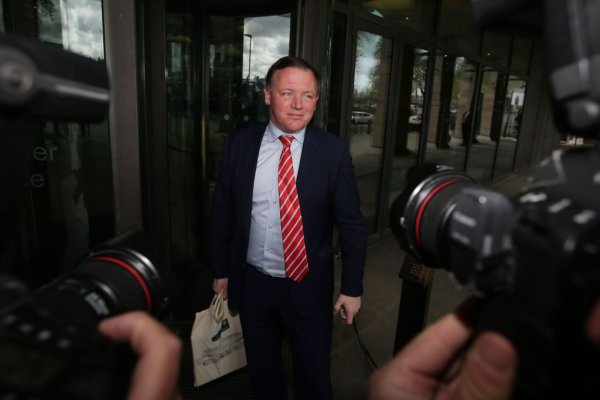 How This Politician Put Britain at the Forefront of the War Against Facebook
Next Up: Editor's Pick