The attraction was the park’s newest ride, Hagrid’s Magical Creatures Motorbike Adventure and some fans said they waited up to eight or 10 hours for a chance to ride.

Those who wanted to be among the first arrived before dawn, hours before the park’s opening.

“We will wait as long as we can for it before we have to go,” Selina Dunne, who was visiting from Ireland, told News 6 in Orlando. “We just have to do it if it’s open today and it’s our last. We just have to.”

The $300 million attraction has been called a “one-of-a-kind.” It moves backwards and forwards through the Forbidden Forest in The Wizarding World of Harry Potter, taking parkgoers on a mile-long journey on Hagrid’s motorbike.

Reactions on on social media varied, with some visitors complaining about the excessive waiting times, and others declaring that despite arriving as early as 4:40 a.m., the ride was “worth the wait.”

According to people tweeting from the queue, Universal Orlando provided free water and let them save their place to use the restroom.

Fortunately for visitors, on Friday the park will start using a virtual queue so they don’t have to spend the day waiting in line, and will instead be alerted when it is time for them to return to the queue.

Universal Studios planted more than 1,200 trees within the attraction to make riders feel like they really are in a forest. The ride also has seven “launches”—where the coaster is physically propelled forward instead of simply relying on gravity—and a 17-foot vertical drop.

Though the wait can be incredibly long, line is also part of the experience. The queuing area is filled with props, digital projections and special effects showing characters such as Arthur Weasley and Hagrid that inform visitors of the journey ahead. 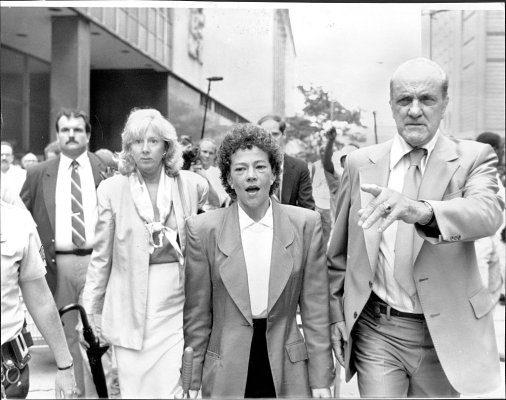 Netflix's When They See Us Is Putting Central Park Five Prosecutors on the Defense
Next Up: Editor's Pick