How a Harry Potter Quiz Gave Back to Science

For all his triumphs, Harry Potter was seldom more than a “reasonably talented” student at the Hogwarts School of Witchcraft and Wizardry. So I’m pleased to report that he can now pad his curriculum vitae with a contribution to new, original research in the peer-reviewed Journal of Personality.

This feather in Mr. Potter’s cap is the result of a partnership between TIME and social scientists at the University of Cambridge that shows a new way academics and journalists can work together. Here’s how it came about.

In the spring of 2017, TIME was gearing up for the vaunted 20th anniversary of the first Harry Potter novel, which hit shelves in the United Kingdom on June 26, 1997. In the course of bandying about ideas for a digital interactive to contribute to our coverage, we kept coming back to a quiz that would assign readers into one of the four Houses at Hogwarts: Gryffindor, Ravenclaw, Hufflepuff or Slytherin.

House assignments are a seminal part of the Harry Potter mythopoeia: On their first night, new Hogwarts students each don the talking Sorting Hat, an ancient wizard cap that probes students’ psyche and determines which of the four Houses best suits them. There was only one problem: There were already at least a dozen such quizzes out there, including one on Pottermore.com, J. K. Rowling’s official fan site for all things Potter.

Still, I reread the Sorting Hat’s self-introduction in the first volume, in which it lays out the profile for each House: Gryffindor is for the “brave at heart,” Ravenclaw for “those of wit and learning,” Slytherin for “those cunning folk [who] use any means to achieve their ends” and Hufflepuff for the “just and loyal” who are “unafraid of toil.”

It couldn’t have been clearer. The Sorting Hat wasn’t a just magical clairvoyant. It was a personality test. And that was something we happened to do well.

Over the previous few years, TIME had partnered with social scientists several times to create research-backed interactives, including examples that predict your politics or identify which state your personality most closely matches. (That second one was so popular it made the front page of The New York Times.) These projects were not assembled from dubious, unscientific measures like the Myers-Briggs test. They were designed in conjunction with researchers who contributed questions that had already been used in well-designed experiments and were backed by empirical data indicating that they were predictive of different behaviors and opinions.

But while these features lent valuable exposure to the science, we were leaving data valuable to researchers on the table: We weren’t asking the reader’s consent to anonymously send his or her responses back to the researchers who created the quiz for further analysis.

The way forward was obvious. We were going to create a scientific Sorting Hat Quiz that invited readers to both get an accurate House assignment and, should they wish, contribute to scientific research in the process.

To get started, I emailed Dr. Jason Rentfrow, the Cambridge behavioral scientist with whom my colleague Jeffrey Kluger and I worked to create the state personality quiz in 2013. Rentfrow generously lent us the time of several of his graduate students, two of whom were avowed Harry Potter fans, conveniently enough. Together, those students — Friedrich Götz and Joe Scott — assembled a “Harry Potter Personality Inventory,” 21 questions drawn from four existing personality surveys and measuring five personality traits: Courage, Agreeableness, Honesty/Humility, Conscientiousness and Machiavellianism. We felt that these five characteristics neatly encompassed the qualities of the four Houses.

In exchange for their expertise, TIME worked with the Cambridge scientists to submit our interactive feature to the university’s rigorous ethics board, which carefully examined the questions for any potential ethical concerns before green-lighting the study. (The board did not exercise any editorial input over the surrounding presentation.) To ensure that this experiment was above-board, we began the quiz with a slide describing the experiment, provided a detailed description of the research goals, and left the option for readers to consent to contributing their responses unchecked so that participating was an opt-in decision. A small, innocuous cookie prevented repeat users from submitting their data twice. Those who did opt-in were asked an additional five demographic questions that did not influence their House assignment.

I suspect that Götz and I exchanged several hundred emails over the many weeks we spent assembling this partnership as he took the lead in coordinating matters from Cambridge’s end. When we were finally ready to publish the final product, I warned him that the popularity of a digital interactive is largely unpredictable, particularly in such well-charted waters as a Sorting Hat quiz, but that I was cautiously optimistic that we could get about 10,000 consenting participants.

As of January 2019, that figure was north of 1.6 million respondents from around the world.

The first paper to result from this largesse drew on 390,341 respondents from 283 U.S. metropolitan regions, finding a fascinating correlation between a region’s scores on the courage-related questions (which tend to mean there were a lot of Gryffindors) and entrepreneurial activity, with a catch: Those regions with more risk tolerance had lower survival rates for new business startups, even when controlling for a variety of outside influences. While the researchers generously acknowledge TIME’s Harry Potter quiz as the source of the data, the teenage wizard was merely a vehicle to collect non-magical data on regional differences in personality. There are many more findings to come.

Much of the best interactive journalism, in my experience, tells users something about themselves that wouldn’t be possible without a real-time computational output, even if the apparent subject matter is a popular fantasy series. It is always gratifying to bring science to a popular audience in a way that is both entertaining and honest. But I don’t think I’ve ever been so proud of a project as one that also flips that exchange of information from the readers back to the scientists. We’re deeply grateful to the readers who opted into contributing to the research—and, yet again, apologize if the result wasn’t the House you wanted. 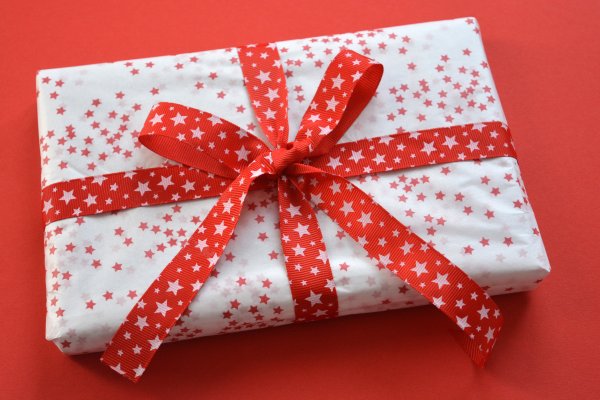 The Best (and Worst) Holiday Gifts, According to Science
Next Up: Editor's Pick