The 7 Most Underrated Harry Potter Characters of All Time

In honor of Harry’s 38th birthday on July 31, we’re breaking down exactly which members of the wizarding world are worthy of more credit to their name.

Whether it’s because they delivered a pivotal prophecy or rescued the golden trio from certain doom, here’s TIME’s list of the seven most underrated Harry Potter characters of all time.

Hogwarts’ kooky Divination professor was widely regarded as something of a joke among both her peers and students. But when Sybill Trelawney did get something right, it was often when the fate of the entire wizarding world was at stake. Not only did Trelawney deliver the famous Lost Prophecy—you know, “The one with the power to vanquish the Dark Lord approaches…”—but she also predicted Voldemort’s return and Dumbledore’s death.

Yes, Kreacher was indirectly responsible for Sirius’s death. But as the cantankerous house elf proved time and again throughout the last three books of the series, he was loyal to people who were kind to him—and Sirius was quite cruel. Voldemort force-feeding Kreacher Drink of Despair drove him partially insane. So did the fact that he was unable to fulfill Regulus Black’s final command to destroy the locket Horcrux. However, when Harry gifted him with the fake locket, a Black family heirloom, to thank him for outting Mundungus Fletcher as the thief of the real one, Kreacher quickly changed his tune about serving Harry. He even ended up leading the house-elves into battle against Voldemort during the Battle of Hogwarts.

Narcissa may be associated with Voldemort due to her husband and sister’s status as Death Eaters, but at the end of the day all she truly cared about was keeping her son safe. She was bold enough to go behind the Dark Lord’s back by asking Snape for help when she thought Draco was in danger in The Half-Blood Prince. And ultimately, she was the one who made it possible for Harry to defeat Voldemort by lying to him about Harry being dead so she could get back to Draco. She definitely had her fair share of faults—not the least of which were her pure-blood ideologies—but as Pottermore so aptly puts it, “Her love for Draco was very much her saving grace.”

While his older brother Albus is even J.K. Rowling’s favorite character, it was Aberforth who saved Harry, Ron and Hermione on multiple occasions during their hunt for the remaining horcruxes in The Deathly Hallows. When the golden trio alerted the Death Eaters to their arrival in Hogsmeade by setting off a Caterwauling Charm, it was Aberforth that hid them inside the Hog’s Head, told them the truth about Dumbledore’s past and smuggled them into Hogwarts. And it was Aberforth who, despite his cynicism, showed up wand blazing when the going got tough during the Battle of Hogwarts.

Fleur was not only the sole female champion in the Triwizard Tournament, but also one of the bravest and most loyal members of the second generation of the Order of the Phoenix. Despite Ginny and Mrs. Weasley’s initial contempt for her following her engagement to Bill, Fleur won her fiancé’s family over by telling Mrs. Weasley off for suggesting that she would no longer want to marry him after he was horribly mauled by the werewolf Fenrir Greyback. Fleur never forgot that Harry saved her sister’s life during the second task of the Triwizard Tournament and, in return, risked her own by volunteering to be one of his six decoys during the flight from 4 Privet Drive to the Burrow on his 17th birthday. She went on to fight in the Battle of Hogwarts and even received medals of honor from both the French and British Ministry of Magic for the part she played in the Second Wizarding War.

Sure, many Harry Potter fans adore Hogwarts’ gentle half-giant gamekeeper. But he’s still not given nearly enough credit for the role that he played in caring for Harry during his time at school. While Sirius Black is largely recognized as Harry’s most important father figure, it was Hagrid who was the first person to show him true affection since the death of his parents, thwarted the Dursleys’ attempts to prevent him from attending Hogwarts, gave him Hedwig and selflessly protected him throughout the series.

In the books, Ginny is smart, funny, talented and generally just a complete badass. She survives being possessed by a Horcrux at just 11 years old, joins Dumbledore’s Army, becomes a Quidditch star and woos the boy she has had a crush on for six years simply by gaining confidence in herself. Unfortunately, the movies didn’t give her personality as much air time as the books, leading some fans to forget about the true depth of her character. #JusticeForGinny. 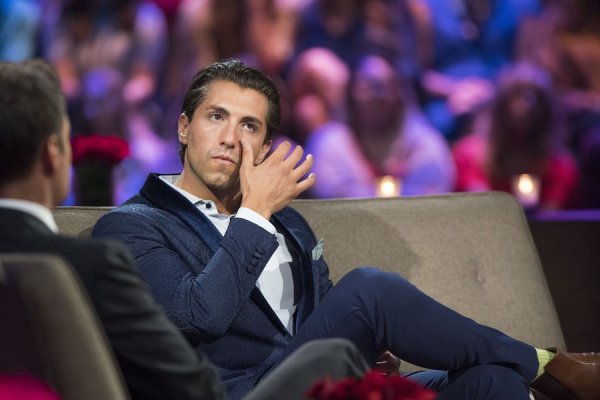 The Bachelorette Recap: The Men Tell All
Next Up: Editor's Pick