Rep. Adam Schiff, the chairman of the committee, said in a statement that he was forced to issue the subpoenas because the two men refused to “cooperate fully” with Congressional investigations.

“That’s simply unacceptable. The American people, and the Congress, deserve to hear directly from these two critical witnesses,” Schiff said. “We hope these witnesses come to recognize their cooperation as being with the United States, not merely the Department of Justice.”

In a letter to Flynn and Gates that accompanied the subpoenas, Schiff requested that the two deliver the documents the committee is requesting by June 26, and sit for sworn testimony by July 10.

Both Flynn and Gates worked for President Donald Trump’s election campaign in 2016, Flynn as a foreign policy adviser and Gates as deputy campaign manager. Flynn, a retired lieutenant general, later served as Trump’s first National Security Advisor. They both pleaded guilty to lying to the FBI and subsequently cooperated with Mueller’s probe. Neither has yet been sentenced.

Lawyers for the two men did not immediately respond to request for comment. Failure to comply could cause the committee to hold them in contempt of Congress, which would likely spark yet another legal fight.

Although Mueller wrapped up his probe in March, Schiff’s committee is conducting its own investigation into the components of the report that dealt with Russian interference in the 2016 election. Their investigation includes any financial leverage Russia may have over Trump and his family, which Schiff has repeatedly stated was outside of the Special Counsel’s jurisdiction. As key aides to the Trump campaign during the time Russia attempted the interference, Flynn and Gates could offer key insight. While it is unclear what the two men would offer that they did not relay to Mueller, Schiff emphasized in the letters to their attorneys that, as a co-equal branch of government, Congress has a right to hear from them independently. 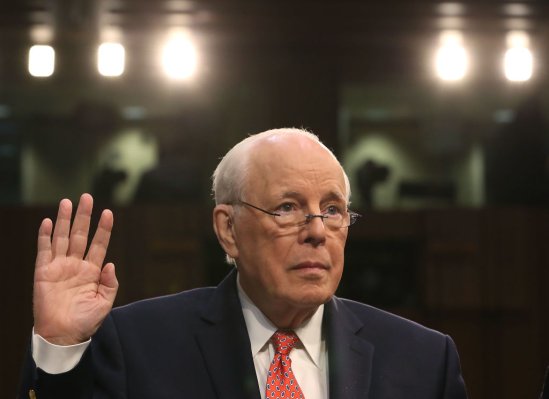 Democrats Had a Good News, Bad News Day on the Mueller Report
Next Up: Editor's Pick